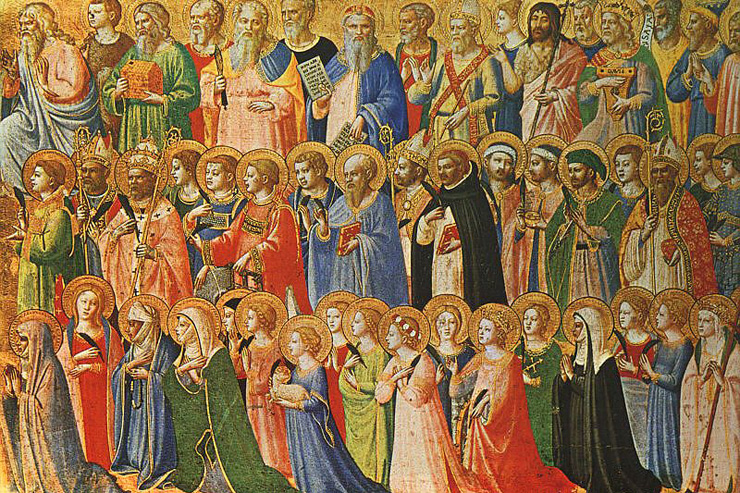 "All Saints" by Fra Angelico

Have you ever noticed that things marked “one size fits all” rarely do? “One size fits all” is simply not the way humanity works. We’re all quite different, whether it’s the length of our arms and the girth of our waists or the extravertedness of our temperament and the sensitivity of our emotions. We will all follow different paths, while […]

END_OF_DOCUMENT_TOKEN_TO_BE_REPLACED

On Sunday, the Catholic world will rejoice as Pope Benedict XVI beatifies his predecessor Pope John Paul II. Six years ago, at John Paul II’s funeral Mass, then Cardinal Joseph Ratzinger preached that the most distinctive characteristic of the life of Karol Wojytla was that, from his earliest days, he responded to the Lord’s call to follow him as a […]

END_OF_DOCUMENT_TOKEN_TO_BE_REPLACED

Okay, I admit it: I woke up to watch the royal wedding.  Keep in mind that I am usually up at 4 a.m. anyway for my job (so it wasn’t terribly difficult for me), but I still decided to wake up on my day off to see William and Kate exchange their vows. A lot of Catholics have been grumbling […]