“Wrath and anger are hateful things, yet the sinner hugs them tight.“

In one of his first homilies as Pope, Francis had some strong words for us. He said, “I think we [are] people who, on the one hand, want to listen to Jesus, but on the other hand, at times, like to find a stick to beat others with, to condemn others. And Jesus has this message for us: mercy. I think — and I say it with humility — that this is the Lord’s most powerful message: mercy.”

Mercy is at the heart of Sacred Scripture. From the very first pages of Genesis, the Father is reaching out to us in mercy. He is constantly turning the page and welcoming us back. Not only does He not make us pay what we deserve to pay, He takes the punishment on Himself.

How do we respond to this radical, prodigal mercy? We must forgive others, just as God forgives us.

The first reading on Sunday is striking. Sirach is part of the Wisdom literature, throughout which we see a noticeable shift towards themes that Jesus would emphasize in the new covenant. This is a perfect example of that – we can begin to hear hints of Jesus’ message to love one’s neighbor.

“Think of the commandments, hate not your neighbor; remember the Most High’s covenant, and overlook faults” (Sir 28:7).

Like many of the messages of Scripture, this one is easy to preach but hard to live. As C.S. Lewis quipped, “Forgiveness is a beautiful idea – until you have something to forgive.” But both the first reading and the Gospel remind us of the consequence of holding on to our anger and grudges. We will not be healed. “Could anyone nourish anger against another and expect healing from the Lord?” (Sirach 28:3)

Even on a human level, holding a grudge tears someone apart. It is often the one who refuses to forgive who is hurt even more, as their anger robs them of their peace – not just in that relationship, but eventually in other relationships as well. And have you ever known someone who is so consumed by their wounds that the past even begins to change for them? The hurt grows as they project things on the past.

“Wrath and anger are hateful things, yet the sinner hugs them tight” (Sirach 27:30).

This is the radical call of the Gospel. Mercy sets Christianity apart: “love your enemies, do good to those who hate you, bless those who curse you, pray for those who mistreat you” (Lk 6:27-28). This is easy on paper. It’s easy to read those words in the Bible. It’s hard to live them. Most of us live this halfway. We love the abstract “everyone,” but when we are faced with an actual person who is difficult to love… well, God isn’t really asking that, right? “I love everyone… but surely God doesn’t expect me to love that person who really hurt me, right?” But He does.

It’s not a comfortable, “Be nice to everyone, except that person who hates you, just ignore them and coexist.” It’s a very uncomfortable, “do good to those who hate you.”

What God calls us to is radical and difficult, but it is the only path to healing. We can see this vividly in stories like Immaculée Ilibagiza’s from the Rwanda genocide, for example. “I said the Lord’s Prayer hundreds of times, hoping to forgive the killers who were murdering all around me,” she writes. “It was no use-every time I got to the part asking God to ‘forgive those who trespass against us,’ my mouth went dry. I couldn’t say the words because I didn’t truly embrace the feeling behind them. My inability to forgive caused me even greater pain than the anguish I felt in being separated from my family, and it was worse than the physical torment of being constantly hunted.”

If we have been hurt, it is natural to want vengeance and justice. At the same time, we are eager to accept the Lord’s forgiveness when we have hurt Him and our neighbor. We are eternally grateful He does not demand the payment He deserves. But we turn and demand that others are punished for what they have done to us.

This is the message of the parable of Sunday’s Gospel. After Peter asks Jesus how often he is to forgive his brother, Jesus tells the story of the servant who owed his king ten thousand talents. The servant begged for patience to pay the debt. After the king had mercy on him, he promptly went to a fellow servant and demanded payment of a debt. When that servant couldn’t pay him, he refused to have mercy.

When someone hurts us, it is nothing compared to how often and how greatly we have hurt God. We can never repay our debt. He knows that. So he has paid it.

He wants to show us mercy – but it requires that we show others mercy, too. The Catechism cautions, “Now – and this is daunting – this outpouring of mercy cannot penetrate our hearts as long as we have not forgiven those who have trespassed against us. Love, like the Body of Christ, is indivisible; we cannot love the God we cannot see if we do not love the brother or sister we do see. In refusing to forgive our brothers and sisters, our hearts are closed and their hardness makes them impervious to the Father’s merciful love; but in confessing our sins, our hearts are opened to his grace” (Catechism of the Catholic Church #2840).

St. Josemaria Escriva writes, “Force yourself, if necessary, always to forgive those who offend you, from the very first moment. For the greatest injury or offence that you can suffer from them is as nothing compared with what God has pardoned you.”

Let us not “hug tight” our “wrath and anger” (Sirach 27:30). Let us force ourselves to forgive. It is the only path to healing. 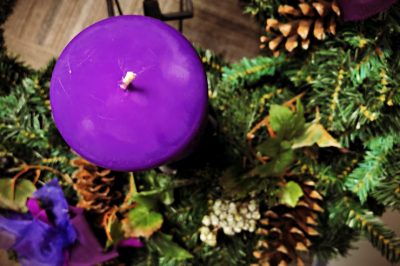 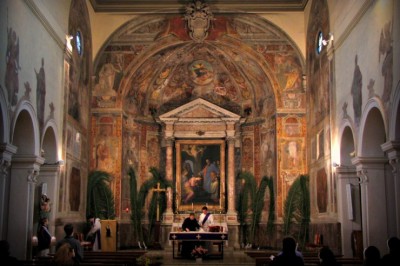 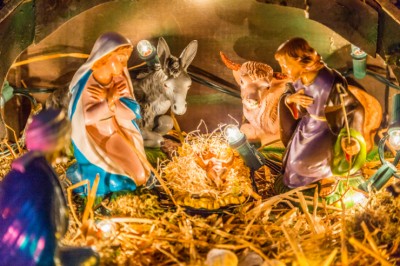