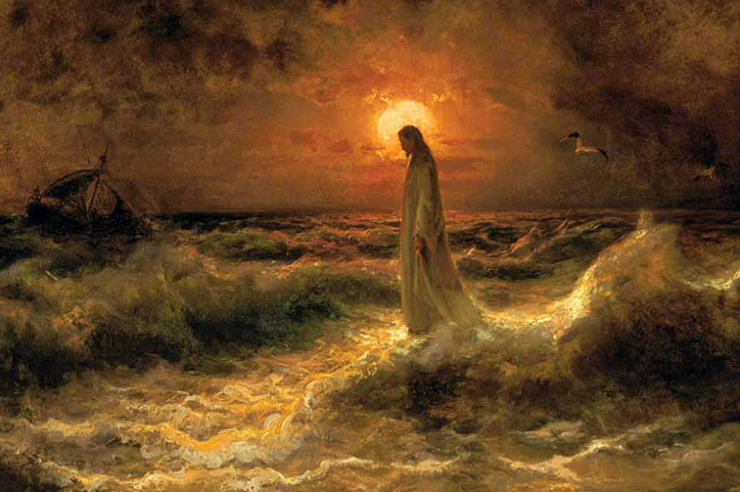 Questions about the state of the process of the reform of the Church in the United States during this second major phase of the clergy sexual abuse crisis have come like a downpour after the meeting of the U.S. bishops in Baltimore November 12-15.

This article originally appeared in The Anchor, the weekly newspaper of the Diocese of Fall River, Mass, on November 30, 2018 and appears here with the kind permission of the author.

The bishops themselves were flummoxed and torpefied by a letter from the Vatican’s Congregation for Bishops, received by their President, Cardinal Daniel DiNardo, the night before the meetings began, requesting that they not take a vote on measures that had long been on their agenda as part of the systemic response and repentance to the scandals and to the lack of trust precipitated by the revelations concerning former Cardinal Theodore McCarrick.

These measures were meant to fill in the notable gaps in the U.S. Bishops’ policy coming out of their meetings in Dallas in 2002: a Code of Conduct for bishops, a means to facilitate the reporting and ensure the proper investigation of accusations of abuse and misconduct for bishops, protocols for handling bishops who have been removed from office, national guidelines for the publication of names of clergy facing substantiated claims of abuse, and getting to the bottom of what happened in the McCarrick case.

The letter, written presumably at the urging of Pope Francis, asked that the bishops delay action until after a February meeting in Rome between Pope Francis and the presidents of the bishops’ conferences from around the world. Announced at the very beginning of the meeting, the letter had the effect of slamming the brakes on the bishops’ urgent efforts to respond to the faithful’s impatient insistence for reform and results, and made many bishops feel humiliated and uncertain as to whether their reform efforts were adequately understood and supported.

The Vatican intervention not only stunned bishops but confused priests and faithful. Over the Thanksgiving break, as I visited family, friends, brother priests, and encountered various strangers, what happened in Baltimore and what it might augur came up everywhere, echoing the questions that have come almost non-stop since November 12. I would like to try to answer several of the most common ones.

Could there be any good reason to stop the US Bishops’ efforts like what happened?

There’s no way around saying that the timing of the Congregation’s letter couldn’t have been worse, especially after the U.S. bishops had asked the faithful to wait until their November meeting for decisive action. The most charitable and plausible reason for the timing is that the decision to ask the bishops not to vote on what they were considering was made at the last minute as well — and for reasons that must have been considered proportionate to the embarrassment that would have been foreseen.

The desire to have the U.S. Bishops postpone decisions seemed to be so that what happens in the U.S. may be in harmony with the global response that Pope Francis may decide upon after convening with the leaders of the bishops’ conferences. At a practical level, what the U.S. Bishops decided in November would have had to have been approved by Rome any way, and Rome likely would have wanted to wait anyway until after the February meeting, lest it approve something now only to abrogate it within months if it differed from the global response. Especially with regard to what to do about bishops, and potential changes in Church law, it’s also understandable that Rome would want to wait to find something that could apply everywhere, including in ecclesial situations that aren’t as well organized and financially supported as the Church in the U.S.

Will the February meeting in Rome tackle what the U.S. Bishops had on their agenda?

From what has been advertised, the Rome summit on clergy sexual abuse will be about addressing the clergy crisis globally, specifically the abuse of minors and “vulnerable adults,” meaning those with mental deficiencies. As Boston Cardinal Sean O’Malley, President of the Pontifical Commission for the Protection of Minors, said in an interview, the goals are to “embrace and practice a commitment to zero tolerance, work for greater transparency including the release of names of clergy accused of abuse and encourage all religious orders to adopt a similar policy and cooperate with civil and legal authorities,” placing “the support and pastoral care of survivors first.”

Those are very familiar goals. They’re basically what the U.S. Bishops determined to achieve in their meetings in Dallas 16 years ago. And they’re important, because many episcopal conferences are in a similar state of denial about the extent of the clergy sexual abuse of minors and lack adequate policies and procedures to eradicate it and care for those victimized as U.S. dioceses were prior to 2002. The meeting in Rome will be a monumental step in right direction in the Church universal’s fight against the abuse of minors. “Rome 2019” will hopefully be a global “Dallas 2002.”

Thanks precisely to the success of the Dallas reforms, however, the U.S. Church is no longer dealing with a crisis of minors being abused today. Baltimore 2018 was called to address different problems, namely various gaps in the Dallas response: the exemption bishops gave to themselves so that they wouldn’t be treated according to the same procedures as priests and lay employees and volunteers; the failure to contend with the larger issue of clerical unchastity, particularly same-sex unchastity, and the data that unmistakably reveals that the clergy abuse crisis has been predominantly the same-sex molestation of teenage boys; and the way that both of these problems were illustrated in the scandals associated with former Cardinal McCarrick.

While the February conference in Rome will likely tackle the question of holding bishops accountable both in terms of sexual misconduct as well as effective supervision, there’s no sense that they will address the larger issue of clerical chastity or the McCarrick situation: some of the leaders of the conference have said they believe that the abuse crisis doesn’t involve unchastity at all, just clericalism; and a global conference would understandably not think it germane to get into the weeds of the McCarrick mess.

It’s essential, however, to remember that the present phase of the clergy sexual abuse crisis in the U.S. is mainly about the McCarrick fallout and what it revealed about what’s tolerated in ecclesiastical culture.

What has outraged most faithful and clergy alike has not been the accusations of his predation against minors, which have just come to light only this year; rather it was his homosexual abuse of seminarians and activity with adults and the fact that, despite ubiquitous rumors, he was still nominated auxiliary bishop in New York, Bishop of Metuchen, Archbishop of Newark, Archbishop of Washington, and Cardinal.

The righteous anger over the settlements made in both Metuchen and Newark, moreover, concerned not the abuse of minors but former adult seminarians. People rightly want to know how someone with such a pattern of unchastity and abuse of power could not only not have been disciplined but rather rewarded higher positions of ecclesiastical prominence. And they want to know this not out of curiosity but to ascertain whether there might be other unchaste, abusive clerics who have followed the same unholy trajectory.

None of this is expected to be discussed at the February meeting. Unless the answers to the McCarrick scandals come by another route, and unless there’s serious action addressing the underlying issues of what those scandals reveal, it’s unlikely that the Rome meeting, however otherwise successful, will answer the fair questions U.S. faithful have or do much to restore the credibility of bishops and the Church in the U.S..

And the lack of credibility based on a failure adequately to come clean about the past so that people can be confident about the present and future would almost surely lead to other painful investigations by civil authorities to ensure that accountability.

What should we think about the suggestions to make Metropolitan archbishops, rather than independent lay commissions, responsible for investigating accusations against bishops?

Some have expressed ecclesiological concerns, however, with regard to bishops’ ceding their responsibility to shepherd the Church.

In his Nov. 12 address in Baltimore, the Papal Nuncio to the U.S., Archbishop Christophe Pierre, spoke about the importance of bishops’ doing their job, however hard, and however much their trustworthiness is doubted.

“There may be a temptation on the part of some [bishops] to relinquish responsibility for reform to others than ourselves,” he said, “as if we were no longer capable of reforming or trusting ourselves. … To regain trust it is not enough to simply preach words about responsibility; … we must show that we can solve problems rather than simply delegating them to others. … Surely collaboration with the laity is essential [but] the responsibility … is ours,  [and] the People of God have rightly challenged us to be trustworthy.”

The proposal to have Metropolitan Archbishops — those who head archdioceses — supervise the investigations of bishops accused within their regions is an attempt to have bishops assume such responsibility. Many details of the plan still need to emerge, but it would involve accusations being investigated by the Archdiocesan lay-dominated review board that investigates accusations against priests (in the countries where such boards already exist).

There would seem to be one clear advantage to this plan: it would employ structures in canon law that are already present throughout the world, regardless of the local situation.

There would be two obvious disadvantages that would have to be remedied: a potential lack of objectivity when a Metropolitan Archbishop is charged with investigating a bishop who might be a friend, even a former priest secretary or auxiliary bishop; and what happens when the Archbishop is himself compromised and is investigating corruption in another.

Is there any good news from what happened in Baltimore?

I think so. As difficult as what happened was for bishops and the Church in the U.S., one good that could come out of it is the end of an exaggerated deference on the part of many bishops to reforms needing to originate either in Rome or in the collective decision of the Bishops’ conference. Communion with the successor of Peter and episcopal collegiality are essential to the Church, but sometimes bishops can hide behind these realities, rather than exercise personal leadership as a successor to the apostles invested with enormous authority in canon law.

St. Charles Borromeo didn’t wait to see what was happening in Naples before he ferociously reformed the Church of Milan. St. Frances de Sales didn’t poll the bishops of Europe before cleansing the Church of Geneva. St. Alphonsus Ligouri didn’t wait for detailed instructions from the Congregation for Bishops before eradicating the scandalous behavior in his Diocese of Sant’Agatha dei Goti. Each of them acted, because what was needed, although arduous, was obvious.

Similarly, bishops today do not need to wait for exhaustive guidance about how to reform their Dioceses. They can start addressing the situation of clerical unchastity right away. Through their abuse investigation mechanisms, or in cooperation with neighboring dioceses, they can establish temporary protocols should anyone have accusations against them, their auxiliaries or their predecessors. They can start building the trust necessary right away, showing in deeds that they are more passionate to rid the Church of scandalous behavior in all its forms than even the most persistent victims’ groups are.