The Contradiction of “Pro-Choice but Not Pro-Abortion” 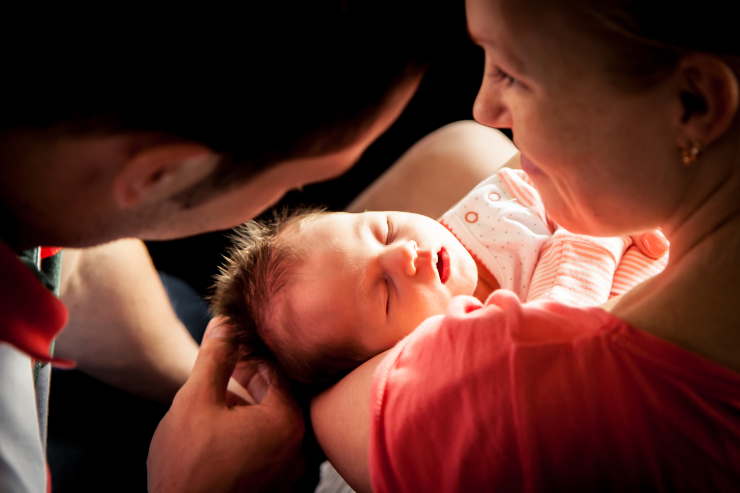 “See that you do not despise one of these little ones; for I tell you that in heaven their angels always behold the face of my Father who is in heaven” (Matthew 18:10).

Our beloved Holy Father calls us to let mercy temper our conversations about publically sanctioned offenses against the fifth, sixth and ninth commandments, particularly abortion, and indeed there is great wisdom in this. This beautiful call should not be misinterpreted as a “softening” of Church teaching on this most vital and basic issue, but a shift in the tone, clarity and charity with which we speak to those whose hearts and minds we hope to reach.

With this in mind, we ought to clarify the moral and intellectual contradiction of claiming one is “pro-choice” but not “pro-abortion” as if this is a morally tenable position, for it is not. We must concede that, emotionally, this is a statement professed and held by many who have been confused by the bewildering rhetoric of our troubled times, but it would not be charitable to let our confused brethren sit in this contradiction.

The enemy of God and all His Saints is the bent one who has a vested interest in disorienting us by the misuse of speech. It is fashionable to hold the contradiction that one can be “pro-choice” but not “pro-abortion” but this morally problematic stance proceeds from the father of lies. Our brothers and sisters who hold this contradiction are not the enemy—Satan is the enemy—and it is our duty, found in charity, that should commit us to fraternal correction.

Many of our public officials and leaders, including prominent Catholic politicians, have publicly proclaimed a “pro-choice, but not pro-abortion” position. Many of these have worked strenuously to promote access to and acceptance of abortion, even going so far as to hypothetically and personally support the idea that under certain circumstances  abortion can be a moral act and legitimate choice. As abhorrent as this notion is, we must still remember that the human person is made in the image and likeness of God and we are to combat the evil of these false notions, not the people themselves who hold them.

The rhetoric justifying abortion has been evolving at an alarming rate. Although “pro-choice” is a euphemism for “abortion” and “abortion” is a euphemism for murder in the womb, it is now impermissible to recognize and publicly state that a “pro-choice” person is also one who is at least in some way supportive of abortion. The denial of this connection is due in part by the public assertion that abortion is an undesirable thing but still “rightfully” subordinated to a woman’s “choice.” So to soften the evil of the pro-choice position there is an artificial distinction invented to falsely suggest that pro-choice is a good thing while pro-abortion is a bad thing. The truth is that both are gravely immoral.

If we are going to explain the logical and moral flaws to our “pro-choice” brethren, we must do so on the grounds of truth and rightly ordered reason conveyed with charity. With that in mind, let us uncover the real distinction between the “pro-choice” and “pro-abortion” positions which will reveal a distinction that doesn’t really make much of a moral difference when it comes to moral and principled action.

There is an objective moral difference between tolerating and promoting vice. St. Thomas Aquinas said “many things are permissible to men not perfect in virtue, which would be intolerable in a virtuous man.” Thomas clarifies the principle that the state ought not to legislate against all viciousness and must be prudential in its law making. He clarifies the point in article 2 of question 96[1] as he states: “Now human law is framed for a number of human beings, the majority of whom are not perfect in virtue. Wherefore human laws do not forbid all vices, from which the virtuous abstain, but only the more grievous vices, from which it is possible for the majority to abstain; and chiefly those that are to the hurt of others, without the prohibition of which human society could not be maintained: thus human law prohibits murder, theft and such like.”

It is legitimate to bring up this principle in discussions about whether or not there ought to be laws concerning alcohol usage or even such serious things as prostitution, but as Thomas mentioned, a thing like murder of innocents is inappropriate to tolerate or promote.

The Distinction without a Difference

Clearly there is a type of difference between the two positions of “pro-choice” and “pro-abortion” relative to the distinction between toleration and promotion. In general, it is indeed worse to promote a sin than it is to tolerate a sin, but in the case of abortion there is an important qualification. Tolerating the sin of abortion is grave matter and promoting it is graver still. When it comes to grave matter that harms the fabric of society, it is not even licit to tolerate it. The fact that so many people believe that to tolerate abortion by a “pro-choice” stance is morally permissible is the result of generations of misuse of speech following the sexual revolution. Most reasonable people can be jarred out of this moral stupor by a simple thought experiment.

Take the “pro-choice” but not “pro-abortion” incongruity and substitute any other violent crime in place of abortion and a clear picture of the contradiction will emerge. For example, rape is universally acknowledged as a horrific and repugnant violent crime. So imagine a politician stating that he is pro-choice in regards to rape. The argument would go like this: “I don’t personally believe in rape, I would never rape a woman myself, but I believe every man has the right to choose whether or not he will rape a woman, it is his body and he can do with it what he wants, who am I to tell him he cannot rape a woman? So I am ‘pro-choice’ for a man, but I am not pro-rape.”

Would anyone in their right mind agree with this absurd and gravely immoral line of reasoning? Is it clear that tolerance of rape is intolerable? Certainly it is!

Are there objections to be made by the analogy? In these confused times, of course there are. In the rape scenario the woman victim is analogous to the baby in the womb for the abortion scenario. Fair enough, but aren’t both victims innocent and vulnerable?

The modern world equivocates when it comes to what exactly is in the womb after conception, but this should be simple. When a sperm fertilizes an egg, conception produces an individuated being with his own unique DNA sequence. This is plainly a human person verifiable by science. Using Aristotle’s four causes, we can clearly see that a newly conceived life has a material cause, a formal cause, an efficient cause and a final cause whose substantial form is clearly a human soul. Using common sense we can know that a new born baby that had been in the womb for nine months was indeed, from the moment of its conception[2], a human person. Theologically it is revealed to us that each human person is made in the image and likeness of God. So a grown woman is also a person in the image and likeness of God and if the child and woman don’t deserve equal protection, the more innocent and vulnerable of the two is the unborn child. No one would argue that a victim of rape should not be protected. So surely the more innocent and vulnerable baby should be protected.

What is abortion really?

The confusion on the abortion issue is conceived in the collective mind by an abuse of language repeated nearly ad-nauseam in the public square by educators and mass media signaling not just our addiction to false freedom but our acquiescence to the dictatorship of relativism. It is no longer permissible to speak the truth on these matters in public without denigrating reprisals. Yet still, let us as Catholics at least try to continue to make our voices heard for the sake of the unborn souls sacrificed on the altar of free sex.

The word “pro-choice” is a euphemism. It is a dishonest contrivance to say that the unthinkable crime of a woman terminating the life of her unborn child is a right. We rightfully look upon the Aztec human sacrifices with horror and refer to the custom as barbaric, but far worse and more prolific is the western custom of convincing our women that they have a right to kill their own children. We are warned not to use the word “kill” when we talk about this issue because it causes offense, but even this word is too soft if we are going to really call abortion what it truly is.

The above reasoning is what we ought to teach our children and those closest to us, especially our brothers and sisters in the faith. Armed with the truth, those whom we teach can teach others closest to them. If we listen to our Holy Father we must not lead with the stark truth about what “pro-choice” really means. We must begin with the aim of evangelizing and preaching the Gospel of Life.

The most difficult hurdle in the pro-life discussion with souls accustomed to untruth and the place we must begin is the fact that an unborn child is a human person endowed with certain inalienable rights, most notably the right to life. After we establish the worth of the life of the unborn child, we must follow with the importance of the life and health of the mother. All of our arguments in the public square must flow from the truth about the dignity of all human persons.

We are called to display heroic virtue to protect all human life and especially innocent human life. May God grant us the courage and grace to speak more convincingly and charitably in public about the true nature of abortion. May it be that if we establish sound and true building blocks regarding the dignity and worth of each and every human person, especially the unborn, then perhaps the morally incongruent position of “pro-choice but not pro-abortion” may be exposed for the fraudulent position it is. Let us become warriors for the light of truth by putting on the mind of Christ and the armor of God.