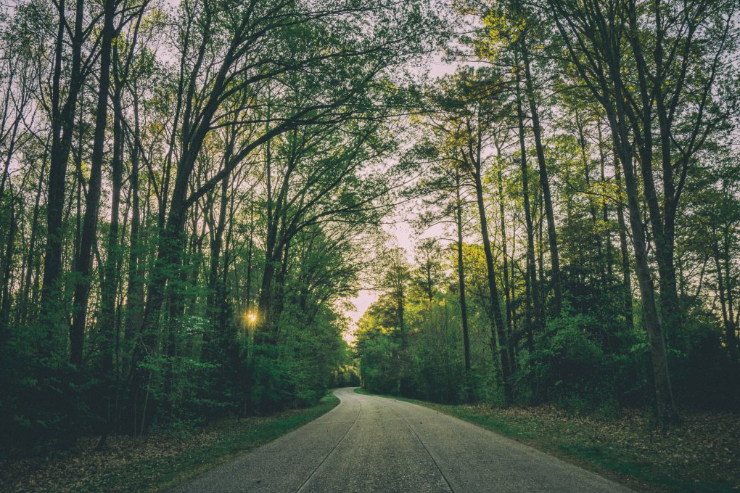 This feeling of “in-betweenness,” if I can coin a new term, can be a good meditation on the Kingdom of Christ.  As citizens of the Kingdom of God, we’re living in this feeling of “already … but not yet.”  We know that Christ came to establish a Kingdom and reign as King; we see it all over the Gospel.  We also see that the Kingdom is not just in the life to come, but that it’s meant to be lived here.

But it only takes some looking around to see that the Kingdom isn’t here in its fullness.  We aren’t living in a world that honors Christ as King. We’re surrounded by the effects of sin.  While we work for justice here on earth, we won’t see the fullness of the Kingdom until Heaven.

So as citizens of heaven (Philippians 3:20), how do we live in this world, in this stage of “already…but not yet”?

Act like you’ve been redeemed!  Pope Francis is known for his chiding against trying to preach the Good News with somberness and gloom.  In one of his daily homilies, he reminded us, “The Christian identity card is joy, the Gospel’s joy, the joy of having been chosen by Jesus, saved by Jesus, regenerated by Jesus; the joy of that hope that Jesus is waiting for us, the joy that—even with the crosses and sufferings we bear in this life—is expressed in another way, which is peace in the certainty that Jesus accompanies us, is with us.”

It does not mean this life is easy or without the Cross.  Christian joy is not a saccharine false happiness that puts on a grin to hide pain.  Rather, it is a joy that comes from knowing that our suffering has an answer and that the Kingdom is here, regardless of how we might feel today.

Can people look at our lives and recognize that we’re living in the Kingdom? Do we act like people who know the end of the story (that Christ wins)? Pope Francis warns us, “One of the more serious temptations which stifles boldness and zeal is a defeatism which turns us into querulous and disillusioned pessimists, “sourpusses.” Nobody can go off to battle unless he is fully convinced of victory beforehand. If we start without confidence, we have already lost half the battle and we bury our talents” (Evangelium Gaudium 85).

If we want the world to recognize the Kingdom of God is at hand, we have to recognize it ourselves and live according to that realization. Our world needs this. Pope Paul VI in Evangelii Nuntiandi prayed, “May the world of our time, which is searching, sometimes with anguish, sometimes with hope, be enabled to receive the Good News not from evangelizers who are dejected, discouraged, impatient or anxious, but from ministers of the Gospel whose lives glow with fervor, who have first received the joy of Christ, and who are willing to risk their lives so that the kingdom may be proclaimed and the Church established in the midst of the world.” (Evangelii Nuntiandi 80)

Act like you’ve been redeemed… but recognize that your sanctification is a process.  Part of that “already…but not yet” is recognizing the “not yet” and understanding the antidote.  Even if Christ is your King, you’re still going to struggle to follow Him. We all have to struggle with concupiscence, that nasty effect of Original Sin that remains with us even after baptism.  It is that tendency or inclination to sin that Paul bemoans when he says, “For I do not do the good I want, but the evil I do not want is what I do” (Romans 7:19).

One thing I learned during this Year of Mercy is how much I need mercy!  We can become so comfortable in our Catholic lives, going to Sunday or even daily Mass, saying our prayers, and following all the right rules, that we lose sight of just how wretched we are. We forget that it is only due to the grace of God that we are able to do anything.

In the book The Name of God is Mercy, Pope Francis reveals to his interviewer, “Every time I go through the gates into a prison to celebrate Mass or for a visit, I always think: why them and not me? I should be here. I deserve to be here. Their fall could have been mine. I do not feel superior to the people who stand before me. And so I repeat and pray: why him and not me? It might seem shocking, but I derive consolation from Peter: he betrayed Jesus, and even so he was chosen.”

Don’t be a Pelagian and think that you can live a life of goodness on your own. You cannot live in the Kingdom if it wasn’t for the King. And you betray the King every day.  Go and seek his mercy frequently in the sacrament of Confession, where he waits for you.

There are souls to be saved.  The Christian’s life is not passive, but active.  The Kingdom of God is here, but we’re not in heaven yet, so there’s still work to be done.  I think of the reminder of St. Paul that we heard a few weeks ago at Mass: “In fact, when we were with you, we instructed you that if anyone was unwilling to work, neither should that one eat” (2 Thess 3:10).  He’s speaking to those disciples who had stopped working for a living because they thought the Second Coming was imminent.

It’s a good reminder to us on a number of levels.  As Christians, we have jobs in the world that we are called to do well. We glorify God by being a good accountant, a good lawyer, a good mother, a good student.  We also have work to do for the heavenly kingdom: we have souls to search out, we have people to bring to Jesus, and we have a Gospel to preach.

As we finish this liturgical year, embrace that feeling of “in-betweenness.”  We long for the day that the Kingdom will come in its fullness, but until then, we live in the joy of being redeemed, seek the mercy of that Redeemer, and work to bring all the sheep into the one flock of Christ the King.