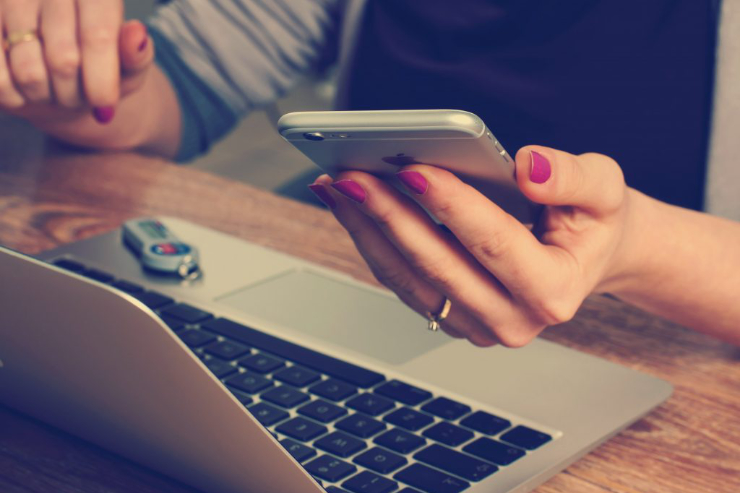 Until recently, I thought my biggest struggle in prayer was actually making the time to pray. But have you found that even when you do set aside the time, you’re unable to really enter into prayer for an extended period?  Is it because we’re too preoccupied with our responsibilities, or is it because we can no longer focus?

I recently watched an interview with Cal Newport, a computer science professor who has written recently on the concept of what he calls “deep work.” In his book Deep Work: Rules for Focused Success in a Distracted World, he points out that the ability to focus on a demanding task is increasingly rare, and is therefore increasingly valuable in the workplace.  He says that focus is the new IQ in the workplace, and deep focus is a superpower.  “In our culture, we have forgotten what it feels like to really hone an ability to concentrate, and we’ve forgotten how much power that can have… It’s not that distractions are bad; it’s that you’re underestimating the value of their opposite.”

As you might guess, one of the biggest culprits for this lack of ability to focus is our increased addiction to social media.  He points out how mistaken we were when we thought multitasking was a good thing, and that study after study debunked the idea that multitasking was efficient.  Multitaskers are generally doing every task less effectively and thoroughly than if they did things one-by-one. Nowadays, Newport points out, we tend to “single-task,” but we interrupt those tasks with what he calls “just checks”—stopping every so often to check our email, texts, Facebook, etc.  We think we are focused on the project at hand and that these “just checks” aren’t affecting us—when actually, changing our attention this way impairs our ability to concentrate, even ten or twenty minutes later.

I was a little shocked to hear that even our behavior the night before can affect our focus the next morning. If we have spent the evening in front of the television while scrolling through social media or playing games on our phone, that distracted tasking will affect our ability to concentrate deeply the next day.

After days, weeks, months, and years of doing this, it’s no wonder that our society has lost our attention spans.  We have reprogrammed our brains and made it impossible to focus on a tangible project, much less think deeply about abstract things, like philosophical concepts.  As I learned about deep work, I pictured myself swimming and going underwater.  I know I can no longer dive into a project or a book and stay underwater for hours at a time.  I could in college. Why? Because I was doing it all the time. …and Twitter hadn’t been invented yet!

Newton pointed out that deep work is hard.  People think it’s just something they can pick up again when they need to, but it’s a skill. And if you don’t practice, you’re not going to be able to do it.

While he didn’t mention prayer, I couldn’t help but think of my prayer life as he spoke. I talk to countless young adults and adults who confess that they have a hard time praying.  While that struggle can be caused by many things, it’s impossible to deny that this inability to focus, to do deep work, spills over into our prayer lives.

When you make time to pray, is it hard to settle down?  I think I always assumed when this happened it was because I knew my to-do list was full or I was preoccupied and worried about things.  But perhaps it’s because my brain is programmed to not concentrate on something for more than five minutes.

I’m not saying that if we didn’t live distracted lives, prayer would come without effort.  C.S. Lewis wrote once about how difficult it can be to pray.  “Well, let’s now at any rate come clean. Prayer is irksome. An excuse to omit is never unwelcome. When it is over, this casts a feeling of relief and holiday over the rest of the day. We are reluctant to begin. We are delighted when it is finished. While we are at prayer, but not while reading a novel or solving a crossword puzzle, any trifle is enough to distract us. And we know we are not alone in this.”  He points out the reason for this: we are fallen human beings. “If we were perfected, prayer would not be a duty, it would be a delight. Someday, please God, it will be.”

If C.S. Lewis, one of the greatest minds of the twentieth century, who was certainly capable of deep work and long periods of intense, deep thinking, found prayer difficult, then we can’t only blame social media. At the same time, we are, without a doubt, making the effort even harder.

In my spiritual reading this morning, Fr. Francis Fernandez was speaking about the importance of daily prayer—both deep mental prayer, but also frequent aspirations and conversations.  “We should … aspire to such a constant encounter, to deal with God always, and especially in the moments which we dedicate specifically to speaking with Him, as in the Holy Mass, and as here and now, in this time in which we are meeting Him in considering these matters.  Throughout the day, too, in situations of which the tapestry of our day is woven, when we begin or end our work or study, while we wait for the lift, when we run into an acquaintance on the street.” (In Conversation with God, Vol 4, p 585)

I wait for the “lift” every day.  And what do I do while I wait for it or while I’m on it? I am generally reading texts, checking Twitter, or occupying myself with something.  So not only am I reprogramming my brain so that it’s harder for me to have deep prayer, I’m also wasting the moments I could be using for a little conversation with God.  It’s a double whammy.

My new resolution? Stop these “just checks”—whether it’s my email at work or my Twitter feed at home.  It’s not that I can’t check Twitter, and of course I have to check my email at work—but it’s about how and when I do so.  Instead of flipping from one thing to another, it’s about carving out sections of time to really concentrate on the task at hand.  It’s about becoming comfortable once again with my own thoughts, with the silence and the waiting.  It’s about being okay about not being occupied with some distraction. If I’m successful at doing this in the everyday tasks of life, I think I will see an impact on my ability to pray.

Kudos for those of you who had the attention span to actually get to the end of this post, especially if you did so without skimming.  I hope you’ll join me in attempting to take back our brains and to practice focus.  Put away the phone, set aside the distractions, and let us try to reprogram our brains. God is waiting to talk to us, if we can just concentrate on the conversation.