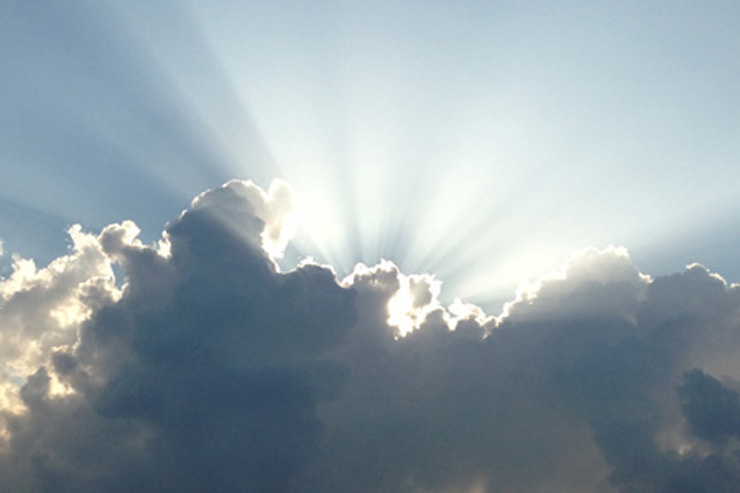 If a thing makes no difference, it is a waste of time to think about it. We should begin, then, with the question, “What difference does Heaven make to earth, to now, to our lives?”

The answer to the question is only the difference between hope and despair in the end, between two totally different visions of life; between “chance or the dance.”

At death we find out which vision is true: does it all go down the drain in the end, or are all the loose threads finally tied together into a gloriously perfect tapestry? Do the tangled paths through the forest of life lead to the golden castle or over the cliff and into the abyss? Is death a door or a hole?

To medieval Christendom, it was the world beyond the world that made all the difference in the world to this world. The Heaven beyond the sun made the earth “under the sun” something more than “vanity of vanities.” Earth was Heaven’s womb, Heaven’s nursery, Heaven’s dress rehearsal. Heaven was the meaning of the earth.

Medieval man was still his Father’s child, however prodigal, and his world was meaningful because it was “my Father’s world” and he believed his Father’s promise to take him home after death.

This confidence towards death gave him a confidence towards life, for life’s road led somewhere. The Heavenly mansion at the end of the earthly pilgrimage made a tremendous difference to the road itself. Signs and images of Heavenly glory were strewn all over his earthly path. The “signs” were (1) nature and (2) Scripture, God’s two books, (3) general providence, and (4) special miracles. (The word translated “miracle” in the New Testament [sëmeion] literally means “sign.”)

Lesser images too were designed to reflect Heavenly glory: kings and queens, heraldry and courtesy and ceremony, authority and obedience—these were not just practical socio-economic inventions but steps in the Cosmic Dance, links in the Great Chain of Being, rungs on Jacob’s ladder, earthly reflections of Heaven. Distinctively premodern words like glory, majesty, splendor, triumph, awe, honor—these were more than words; they were lived experiences. More, they were experienced realities.

The glory has departed

Medieval imagery (which is almost totally biblical imagery) of light, jewels, stars, candles, trumpets, and angels no longer fits our ranch-style, supermarket world. Pathetic modern substitutes of fluffy clouds, sexless cherubs, harps and metal halos (not halos of light) presided over by a stuffy divine Chairman of the Bored are a joke, not a glory.

Even more modern, more up-to-date substitutes—Heaven as a comfortable feeling of peace and kindness, sweetness and light, and God as a vague grandfatherly benevolence, a senile philanthropist—are even more insipid.

It is surely a Satanic triumph of the first order to have taken the fascination out of a doctrine that must be either a fascinating lie or a fascinating fact. Even if people think of Heaven as a fascinating lie, they are at least fascinated with it, and that can spur further thinking, which can lead to belief. But if it’s dull, it doesn’t matter whether it’s a dull lie or a dull truth. Dullness, not doubt, is the strongest enemy of faith, just as indifference, not hate, is the strongest enemy of love.

It is Heaven and Hell that put bite into the Christian vision of life on earth, just as playing for high stakes puts bite into a game or a war or a courtship. Hell is part of the vision too: the height of the mountain is appreciated from the depth of the valley, and for winning to be high drama, losing must be possible.

For salvation to be “good news,” there must be “bad news” to be saved from. If all of life’s roads lead to the same place, it makes no ultimate difference which road we choose. But if they lead to opposite places, to infinite bliss or infinite misery, unimaginable glory or unimaginable tragedy, if the spirit has roads as really and objectively different as the body’s roads and the mind’s roads, and if these roads lead to destinations as really and objectively different as two different cities or two different mathematical conclusions—why, then life is a life-or-death affair, a razor’s edge, and our choice of roads is infinitely important.

We no longer live habitually in this medieval mental landscape. If we are typically modern, we live in ennui; we are bored, jaded, cynical, flat, and burnt out. When the skies roll back like a scroll and the angelic trump sounds, many will simply yawn and say, “Pretty good special effects, but the plot’s too traditional.” If we were not so bored and empty, we would not have to stimulate ourselves with increasing dosages of sex and violence—or just constant busyness. Here we are in the most fantastic fun and games factory ever invented—modern technological society—and we are bored, like a spoiled rich kid in a mansion surrounded by a thousand expensive toys. Medieval people by comparison were like peasants in toyless hovels—and they were fascinated. Occasions for awe and wonder seemed to abound: birth and death and love and light and darkness and wind and sea and fire and sunrise and star and tree and bird and human mind—and God and Heaven. But all these things have not changed, we have. The universe has not become empty and we, full; it has remained full and we have become empty, insensitive to its fullness, cold hearted.

Yet even in this cold heart a strange fire kindles at times—something from another dimension, another kind of excitement—when we dare to open the issue of Heaven, the issue of meeting God, with the mind and heart together. Like Ezekiel in the valley of dry bones, we experience the shock of the dead coming to life.

You have had a shock like that before, in connection with smaller matters—when the line pulls at your hand, when something breathes beside you in the darkness. So here; the shock comes at the precise moment when the thrill of life is communicated to us along the clue we have been following. It is always shocking to meet life where we thought we were alone. “Look out!” we cry, “It’s alive!” And therefore this is the very point at which so many draw back—I would have done so myself if I could—and proceed no further with Christianity. An “impersonal God”—well and good. A subjective God of beauty, truth and goodness inside our own heads—better still. A formless life-force surging through us, a vast power that we can tap-best of all. But God Himself, alive, pulling at the other end of the cord, perhaps approaching at an infinite speed, the hunter, king, husband—that is quite another matter. There comes a moment when the children who have been playing at burglars hush suddenly: was that a real footstep in the hall? There comes a moment when people who have been dabbling in religion (“Man’s search for God”!) suddenly draw back. Supposing we really found Him? We never meant it to come to that! (C.S. Lewis, Miracles pp. 113-114.)

When it does come to that, we feel a strange burning in the heart, like the disciples on the road to Emmaeus. Ancient, sleeping hopes and fears rise like giants from their graves. The horizons of our comfortable little four-dimensional universe crack, and over them arises an enormous bliss and its equally enormous absence. Heaven and Hell—suppose, just suppose it were really, really true! What difference would that make?

I think we know.

Reprinted with permission of the author. 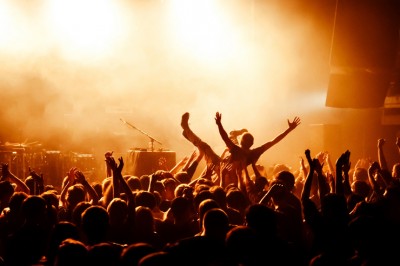 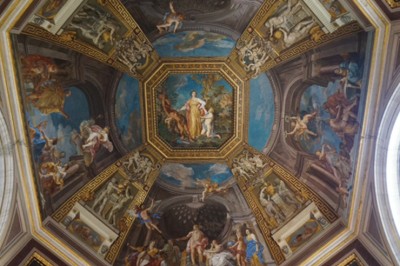 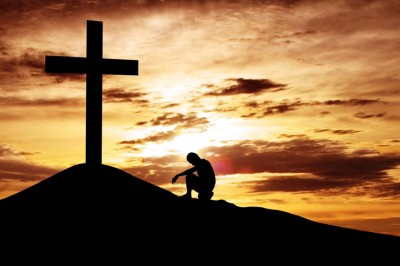