“Creation of Adam” (detail) by Michelangelo

One of the most difficult issues, with which I have to personally deal as a teacher, is the student who enters my Grade 9 Religion class at the age of fourteen already an avowed atheist. While I have come to expect this from some entering Grade 12 Philosophy, such an attitude in one so young is disconcerting. Usually these students are the youngest (or only) in the family and they have absorbed the ideals and arguments of their ideological parents or university educated elder siblings. They are also more likely to have read or been exposed to writers such as Dawkins, Harris, Chomsky, Sartre, Nietzsche, Marx and others. They also become more entrenched in their ideology as time goes on.

Experience has taught me that prayer and patience are the only way we can respond to this entrenchment. We have to pray that God’s Grace can penetrate the hardness of heart and that when the time is ready what we have patiently conveyed academically will take root and grow. It has also made me abundantly aware of how vitally important it is for parents and teachers to express a lively, joyful and well-informed faith to their children and students. True Joy moves the heart to embrace the Person of Jesus. A well-informed Faith protects teenagers from the lies and errors of this age, and allows them to give answer to those peers who need to be evangelized.

In light of this need we shall turn our attention to the question of God’s existence. We will approach this from two perspectives: the philosophical and the scientific.

Let’s start with a quick review of what we’ve examined. We have established the groundwork for our philosophical explorations. Though all our information first comes from the contact of our senses with individual things (this bowl of pasta, that glass of wine, a barking dog) our intellect grasps the universal, immaterial nature or essence of these things: pasta, wine, dog.[i] Through Metaphysics we discover some first principles that are foundational to all reality.[ii] These First Principles do not depend on any prior ideas or proofs—they are the basic assumptions and realities upon which all intellectual knowledge and understanding rests. Finally, we have established that what is True is synonymous with what is Real and that from a faith perspective the Ultimate Reality and Ultimate Truth are united in Jesus Christ.[iii]

Here we have to step back a moment and ask a very important question: assuming that belief in Jesus as God is an act of faith then on what rational basis can we conclude there even IS a God?

This is not an idle question. Young adults, in every area of our secular culture, are running up against an ingrained social default position that holds belief in a Supreme Being to be an act of will divorced from any rational supports. In other words, a social attitude exists that holds Faith and Reason to be mutually contradictory, an attitude that even some (many) Catholics buy into.

The Principle of Sufficient Reason

There are many arguments for the existence of God but I will focus on what I have found to be the two most effective arguments for teenagers: Causality and Design. These two arguments stem from the common sense awareness that if something exists there must be a sufficient reason for its existence (a cause) and that if there is obvious order in something that exists then there must be a sufficient reason for that order (design).

I use a hypothetical situation to begin the lesson: “Imagine one day we walk into class. Gone are the chairs and desks and in their place is a brand new Ford Mustang. Quick, what’s your first reaction!!!”

After the usual comedic comments like “Where’s the keys!” we bear down and realize two things: ONE—someone had to have put this car in here because cars don’t appear out of thin air, and TWO—someone must have planned, designed and built this car because something this complex cannot happen by chance. From the example of the car in the classroom we move to the existence of all Being.

The first argument, based on causality, is best known as the “Cosmological Argument” and is one of St. Thomas’ Five Proofs for the existence of God.[iv] In a nutshell it is based on the awareness that every finite thing that exists does not have an internal cause for its existence. I did not create myself, my parents did; and their parents created them, and so on back through history. The same can be said for inanimate objects. The formation of planets and stars can be traced back through evolutionary cause and effect but that process cannot be infinite: it had to have started somehow. The Big Bang theory is the best explanation for the beginning of the Universe but the question remains where did that original matter come from since matter does not contain within itself a Sufficient Reason for its existence: in short, something cannot come from nothing, no matter what Stephen Hawking might claim.[v] This tracing back of cause and effect leads us to the awareness of the need for an Uncaused Cause, that is, a Being that IS existence, whose Essence is infinite Existence. We get a glimpse of this truth in scripture when God reveals His name to Moses on Mt. Sinai: “I AM WHO AM.”

More can be said of the cosmological argument [vi] but I would like to turn most of my attention to the Design Argument because I think it is the most necessary argument for a society which holds science as the surest measure of what is true and real.

The first homework assignment I give to my Gr. 9 or 10 Religion students is to look up the following website: http://hubblesite.org/gallery/tours/tour-helix/. With my Philosophy class I wait until we begin examining the arguments for the existence of God in the first unit. I say nothing else about the task: “just go and look it up, we’ll talk tomorrow.” You have to admit, it is quite impressive. My atheists and agnostics usually give the standard “It’s random” or “it’s a coincidence” or “you can’t actually believe that was ‘deliberately’ made” responses but my other students don’t buy the excuses. They’re hooked and they are waiting to see where I’m going with this because they ‘know’ what it looks like!!! (no, I won’t tell you. If you haven’t done so, go look it up!)

After my students have completed that little task I usually spend the next two periods talking about design and beauty. I borrow heavily from a wonderful book by Fr. Thomas Dubay S.M. entitled The Evidential Power of Beauty: Science and Theology Meet. [vii] A multitude of examples are given in this book about the marvels discovered by science ranging from the microscopic to the cosmological and everything in between. I would like to quote two excerpts from Fr. Dubay to make my point.

In his masterpiece, The Brothers Karamazov, Fyodor Dostoyevski placed on the lips of one of his characters the observation that “beauty is the battlefield where God and Satan contend with each other for the hearts of men.” The one is supreme Glory (the biblical name for supereminent beauty); the other is supreme ugliness. Though our free wills make the choice, it is beauty that provides the powerful attraction to the only victory that ultimately matters in this peak of all combats. (p20)

Fr. Dubay is making a very important observation here, namely, that the human soul is not compelled by mere rational arguments, cold logic is not enough. Dr. DeMarco writes that:

Plato once remarked that if wisdom were visible, the whole world would fall madly in love with it. Although wisdom is not visible, beauty is. And this is why, for Plato and many other philosophers, in loving beauty, people are moving in the direction of wisdom. The important implication here is that we human beings simply cannot do without beauty. The Russian existentialist philosopher Nikolai Berdyaev once said, “Beauty will save the world.”  [viii]

Once a person admits that the universe makes sense, that it is comprehensible, that there are overwhelming beauties in it, he logically must be a theist. It is not accidental that the only consistent atheism is that of men like Albert Camus and Jean Paul Sartre, men who held that reality is absurd. Their atheism is called existential absurdity, for on their non-God premise everything is literally senseless, for there is no one to give sense or meaning. …

Normal, unbiased people with no philosophical axe to grind immediately see the convincing power of design and beauty. Despite continuing and vast propaganda for materialistic evolution in our public schools, colleges, and universities and in the print and electronic media over several generations, the large majority of our population rejects the chance-alone view of evolution. They see through the propaganda and know immediately that chance explains nothing of the beauty and obvious design we see everywhere. (p202)

There are too many consequences flowing from the ideas of design and beauty to examine here so I would like to mention just one in particular. After presenting a great deal of information and argumentation for the existence of God based on cause, design and beauty I ask my students what this all means for them, personally. Yes, this helps shore up their faith and provides reasons for their belief, but what consequence does this truth have for them as a human person?

Since God is the cause of all existence He deliberately willed each one of us into existence. Since we are human we fit into the design of humanity and what God has designed is beautiful. We are not a mistake, we are not random, we are not a result of chance. We have been deliberately created and beautifully designed (both physically and spiritually). We are wanted, we are desired, and since God loves what He creates, we are Loved. It is not just Faith that tells us this, Reason does as well. Yet our Reason is not satisfied with this.

If God created and fashioned me, why did He do so? What is my purpose? That will be our next inquiry.

[i] The Need for Universals: https://www.integratedcatholiclife.org/2015/06/dennis-buonafede-the-need-for-universals/

[ii] The Metaphysics of Man and Broccoli: https://www.integratedcatholiclife.org/2015/06/dennis-buonafede-the-metaphysics-of-man-and-broccoli/

[iv] Charles Rice, Can we prove that God exists?: http://catholiceducation.org/articles/apologetics/ap0149.html

[v] Stephen Hawking wrote The Grand Design where he tries to argue that quantum physics can explain how the universe came to be without having to posit a Creator.

[vi] Peter Kreeft, Twenty Arguments for the Existence of God: http://www.peterkreeft.com/topics-more/20_arguments-gods-existence.htm#2—There is no shortage of very good resources on the internet. It is a good idea to research together with your child/students to find the best web resources available.

[vii] Fr. Thomas Dubay, S.M. The Evidential Power of Beauty: Science and Theology Meet; Ignatius Press, San Francisco, 1999. Another new resource is the book New Proofs for the Existence of God: Contributions of Contemporary Physics and Philosophy. More information can be found at Magis Center of Reason and Faith, www.magisreasonfaith.org. Be sure to check out the video library.

[viii] Dr. Donald DeMarco; Can Beauty Save The World?: http://www.catholiceducation.org/articles/apologetics/ap0249.htm

Editor’s Note: This is the fifth article in an ongoing series, Ideas Have Consequences by Dennis Buonafede. Check back next Wednesday for another article. 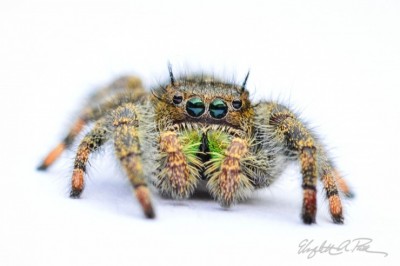 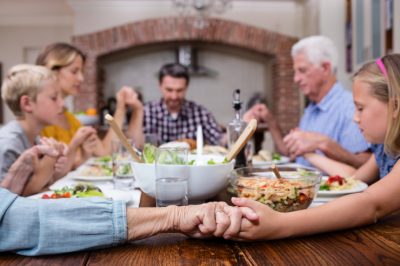 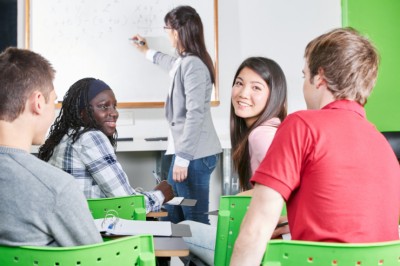