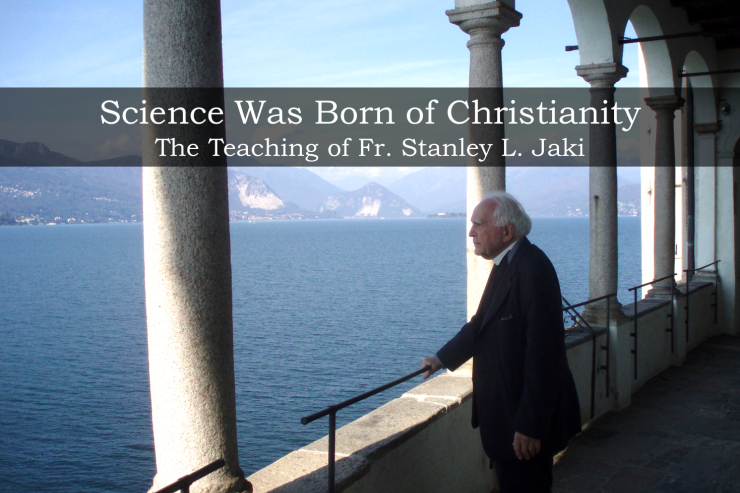 This is the fourth in a series of six essays. I like to review before starting so the current essay is read in context. To understand how science was born of Christianity, first “Fr. Stanley Jaki’s Definition of Science” must be understood. Then “The Stillbirths of Science in Ancient Cultures” can be understood; by science Fr. Jaki meant what we now call “modern science,” which is the application of mathematics to observations to develop physical laws. The third essay, “The Radical Scientific View of Biblical Cultures,” showed how the biblical and early Christian world view was conducive to the birth of exact science and radically different from other ancient world views.

This essay moves up to the Middle Ages and shows, with quotes, how the medieval Christian scholars purified the Greek scientific corpus, breathing the first breaths of life into into what would become a viable discipline. One can only have an appreciation for the weight of these intellectual achievements by understanding them in the historical context. What follows is, of course, only the sketchiest of sketches.

Jaki denoted Adelard of Bath’s (1080–1125) Questiones naturales as the “true dawn of medieval science” because it starts with phrases that are “pregnant with the future.”[1] Adelard’s nephew, who studied in France at his uncle’s school, wanted Adelard to teach him about the learning he gained traveling in the Muslim world.[2] Adelard translated texts of Arab trigonometry, astronomy, and Euclid’s geometry into Latin and was, therefore, familiar with the struggles of Arab thinkers to reconcile faith and reason.[3] Adelard asserted that there was a reason (a cause) for changes in the natural world. When his nephew asked if it were not “better to attribute all the operations of the universe to God,” Adelard replied:

“I do not detract from God. Whatever this is, is from Him and through Him. But the realm of being is not a confused one, nor is it lacking in disposition which, so far as human knowledge can go, should be consulted. Only when reason totally fails, should the explanation of the matter be referred to God.”[4]

Thierry of Chartres (1155) attempted to give a rational account of creation in his De Septem Diebus et Sex Operum Distinctionibus.[5] He interpreted the story of creation to mean that God created space and chaos in the beginning and that all things were composed of elements. This naturalness was a departure from Plato’s divinity of the heavens and his Demiurge that shaped the material world, described in Timaeus.[6] That is, he departed from the dichotomy between the heavens and the earth, a view that held the celestial bodies as divine and the terrestrial bodies as material.[7] Because of his faith, Thierry had no illusion about the difference between the Creator and creation. He explained the circular motion of the firmament and the stars as a projectile similar to how a “stone is thrown; its impetus is ultimately due to the hold of the thrower against something solid.”[8] Classical physics was to be born of such a view towards naturalness of the heavens and this early impetus theory.

Robert Grosseteste, Bishop of Lincoln (1168–1253) held a methodology rooted in the notion of God as Creator, to deal with points of conflict with Aristotelian philosophy on behalf of Christianity. His thought was strongly shaped by Platonic ideas, but he rejected the idea that the universe emanated from God, as light emanates from the sun, and was instead in favor of the biblical account of creation ex nihilo.[9] The role of the Creator was in the forefront of Grosseteste’s thinking, evidenced in his (still unedited) treatises, the “Hexaemeron” and the “De universitatis machina.”[10] Grosseteste struggled with Aristotle’s Physics, particularly the thoughts on light, and denounced forcibly the Aristotelian idea that the world had no beginning in time.[11] The central theme of Hexaemeron was the biblical theme that God is light, truly, essentially and not in the metaphorical sense.[12] Both treatises document that Grosseteste’s scientific methodology depended on the Old Testament understanding of the Creator as a rational and personal planner, builder, and maintainer of the universe.[13]

Albertus Magnus (St. Albert the Great, 1193–1280), was an enthusiastic proponent of the investigative approach to nature. In Western Christendom, Albertus Magnus was the first to interpret comprehensively Aristotle’s philosophy.[14] He was heavily influenced by the Platonism of the Church Fathers but perceived the significance of Aristotle’s work. He realized that the role of omnipotent determinators to move celestial bodies would not be easily dismissed and treated the question of fate in a brief treatise entitled De fato.[15] In interpreting the views of the Stoics and Muslims through the lens of his Christian faith, Albertus rejected astrology and magic and instead argued for reason and investigation to go as far as possible in the natural world. Albertus also wrote a complete encyclopedia of philosophical disciplines based on the Aristotelian texts for his students of the Dominican Order. He began the extensive part on natural sciences:

“Overcome by the request of certain of these brethren we have undertaken this work first to the praise of Almighty God, who is the fountain of wisdom and the creator, ordered and governor of nature.”[16]

In keeping with the approach of Auvergne and Albertus, St. Thomas Aquinas (1225–1274) reasoned as far as possible with a generous acceptance of the Aristotelian system to show respect for the scholarship of the time. Aquinas’ first major synthesis was the Summa Contra Gentiles (1257), which brought the authority of reason to bear on Muslim philosophy. The beginning dealt specifically with the questions about the Creator, the search for truth, human intellect, and refuted specifically theological aspects tied to Muhammad. Aquinas departed from Aristotelic orthodoxy only where no compromise could be allowed by the Christian Creed.[17] St. Thomas Aquinas died in 1274, amid the hesitation and confusion about the Aristotelian texts from the Muslim world, but his defense of the interdependence of faith and reason was, of course, not in vain because later it became the accepted and established synthesis of Catholic and Aristotelian thought. St. Thomas expressed that the rejection of the eternity of the world was a matter of faith in divine revelation and not a matter of demonstration or reason.

Aquinas’ defense was also given during a time leading up to a dramatic event three years later. In 1277, Étienne Tempier (died 1279), the Bishop of Paris, issued a list of 219 condemned propositions relating to the Aristotelian texts that were irreconcilable to the Catholic worldview. These propositions were not binding on Catholics, but served as a guide for the scholars at the University of Paris. The firm judgment largely dealt with the eternity of the world and creation. The propositions represent a distinct struggle between philosophy and theology, reflective of the tension of the time.

As the Aristotelian texts, unchallenged by Greek or Muslim scholars, were accepted into Christendom, it could only have followed that theologians and philosophers of that time would seek to reconcile the contradictions. Jaki’s work has provided undeniable evidence that medieval faith in the predictability of nature was rooted in the theology of the “Maker of Heaven and Earth.”[19] It was not just a single belief, but a climate of shared belief nurtured by an educational system comprised of universities, cathedral schools, and monasteries that consistently taught Christian theology. Circumnavigate the conclusion however one may, the theological beliefs that united the consistent learning centers teaching those beliefs did not exist in any of the ancient cultures in which science was stillborn.

It is within the histories presented thus far that Jaki named the “classical and most influential case” that represents the birth of modern science from Christianity, Jean Buridan (1300–1358), the French priest who developed the concept of the impetus which led to the modern concept of inertia and paved the way for Isaac Newton’s first law of motion.

In his work Quaestiones super quattuor libris de Cælo et Mundo, Buridan showed that a radical departure from Aristotelian cosmology and physics was absolutely necessary for explaining the movement of bodies. Buridan not only departed from untenable ideas, he affirmed his faith in the Creator and derived from those “articles of faith” that could only be known by revelation and not by scientific demonstration. Buridan stated that “in many an instance one should not believe Aristotle who made many propositions contrary to the Catholic faith because he wanted to state nothing except what could be derived from considerations based on what is seen and experienced.”[20] Again, it was faith, not observation, experimentation, or investigation that gave the first breaths to modern science.

Photo: The picture was taken from Santa Caterina del Sasso, on the Lake Maggiore, and provided by Fr. Jaki’s friend, Antonio Colombo.