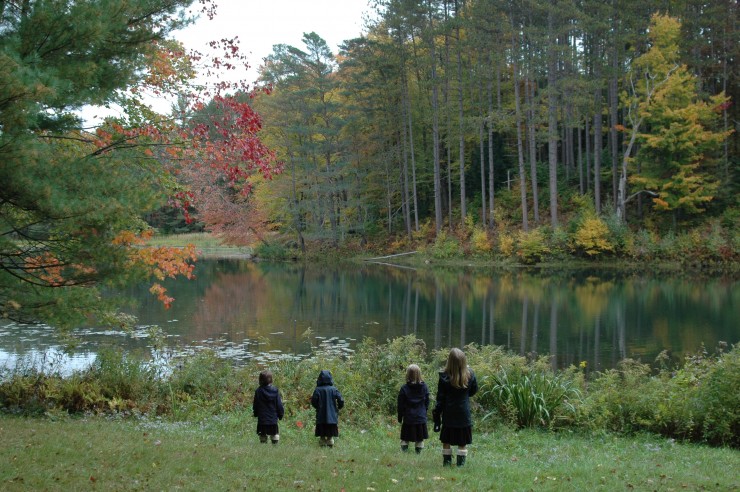 The development of science is one of the greatest modern testimonies to the axiom, “Truth cannot contradict truth.” A Christian worldview was, is, and always will be necessary for a proper study of the natural world, i.e. for science, to develop. Consider the following.

The Christian worldview is not based on blind faith, as if everything is immediately dependent on the will of God. We do not believe that God is a puppeteer determining every behavior and action in disconnected instances in time, creating scenarios as He goes. Such strict fideism ultimately assumes we cannot know with any certainty what the guiding hand will do next, not in nature or in anything else. This view denies that objects and beings have their own intrinsic natures influencing their behavior. This view is unbalanced; it over-emphasizes the freedom of God but denies His rationality. There could be no science in such a world.

The Christian worldview is not strictly deterministic, as if God created the world like He built a clock, wound it up, and ignored it to tick away time the way He intrinsically designed it to do. Nor does the Christian worldview oblige God to create a necessary world that has to be the way it is and no other way. Both views are also unbalanced and inimical to science. They over-emphasize the rationality of God but deny His freedom. There is no need for experimentation in a strictly determined, necessary world because if that were the case, we would be able to deduce the entire necessary physical system by pure thought.

The Christian worldview is not pantheistic, as if the universe emanates from God and runs on an eternal cosmic Ferris wheel, with all of us caught up hopelessly in whatever part of the cycle we happen to have been born on. In such a world, how can there be any desire for innovation or escape? Those despairing at the bottom of the cycle as well as those complacently soaring at the top cannot have the motivation or the confidence to learn and dominate the physical laws of nature.

Our Christian worldview is realistic, based on Divine Revelation, faith beyond reason, a certitude that martyrs die for rather than deny. Our Christian worldview is biblical. Our view holds that the world is created by the loving and merciful Creator, God the Almighty, and that He created the world with an absolute beginning in time that marches consistently to an absolute end of time. Our view informs us that Christ is the only-begotten Son of God and Savior of mankind, the Second Person of the Holy Trinity become man. Our view assures us that all creation is through Christ, the Word, the Logos, and is therefore rational, good, contingent, and orderly, made for us to know so that, in our corporeal existence founded on free will and guided by the light of the Holy Spirit, we can know God better through the testimony of His handiwork.

Why does this matter? Because we live in a scientific age confused by the errors of flawed worldviews. People deny Christianity but praise science as the path to all knowledge. People talk about ‘chance’ as if it were the ultimate causal event. People declare that a Christian cannot do science. The thing is, we need more faithful, realistic scientists with correct worldviews. And we need more people to defend the very obvious fact that science itself—born of a reconciliation with Christian theology—is fundamentally Christian because Christianity is necessary in the search for truth.

I highly recommend Theology and Modern Physics by Peter Hodgson (Burlington: Ashgate Publishing Company, 2005). He explores these thoughts in Chapter 10, “Cosmology.” The late Dr. Hodgson (2008) was a friend and fan of the late Fr. Stanley Jaki (2009) and cited Fr. Jaki often. Dr. Hodgson served as a theoretical physicist at the University of Oxford from the age of 30 until his retirement and became the head of the Nuclear Physics Theoretical Group. He encouraged Catholic scientists to integrate their studies and belief and to publicize such syntheses, which I strive to do.