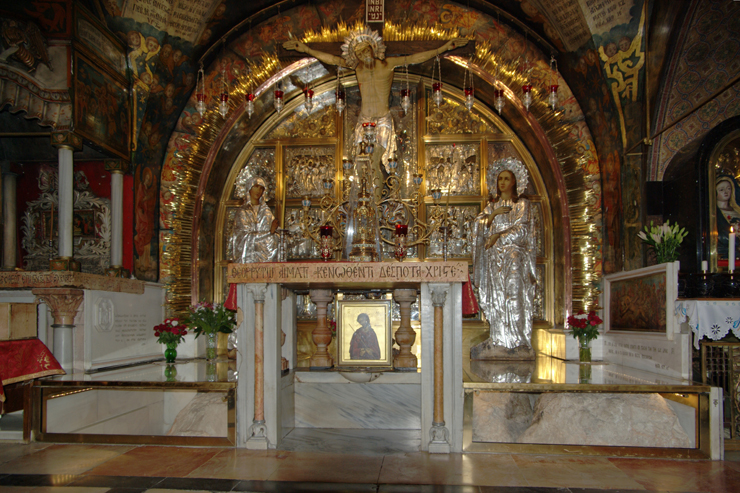 The Holy Sepulchre in Jerusalem

More than a decade ago I received a gift that left an indelible mark on by soul, a trip to the Holy Land. One of the most memorable of my encounters was at the Church of the Holy Sepulchre, which is built on the mount where our blessed Lord was crucified. As I entered into the huge and holy structure on a weekday afternoon the Church was abuzz with tourists. They scurried all around the place like mice looking for food. Some, true pilgrims, hovered around the areas where you can kneel and reach out to touch the rock of Golgotha under the altars of the East and West. It was surreal.

My faith had always been one of seeing with my heart, and now I was seeing with my eyes. My faith was always real, but touching the rock… it was physical contact with something beyond reality.

Reaching down to touch that stone I wondered, “Can this be real?” I wasn’t doubting, mind you, but simply awestruck by the experience. I couldn’t take in all that my soul desired to absorb in that moment. Out of my daze of thought I realized others were waiting to crouch and invade the space where I longed to linger but couldn’t. I suddenly felt pressure to move and my irritation with the circumstances began to rise. A fleeting moment of contemplative bliss disintegrated and the invasion of reality dumped me back into a buzz of humanity.

As we left the holy site I felt that I had not even begun to take it all in. I asked our guide if we could return when things were more quiet. He looked at me as if I had asked for something absurd and then said, “I will see what I can do.” The next day he told me we could return very early in the morning in a few days. 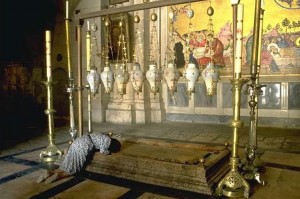 It was a cold and quiet February morning when we returned and we were nearly alone. I fervently desired to walk in with all my being open to an encounter with the Lord. As we entered the door I saw something that I had missed in the bustle of the previous visit. It was a simple slab about the size of a man. It was adorned with interesting looking lamps fashioned by adoring hearts of the East. I asked our guide, “What is that?” While he was speaking I noticed the icon on the wall and his voice faded into the background as I realized where I was. Time seemed to stand still as I considered what had happened where I stood.

As I looked closer at the stone my hearing returned as he revealed that the stone was warn smooth by the tears of pilgrims. “This is the Stone of Anointing where Jesus’ body was laid after he was taken down from the cross and prepared for burial.” I needed to slow down to take it all in. I knelt and touched the stone and then laid down, my back to the cold floor, and allowed myself to sink into a tiny vision of the end of His pre-crucifixion incarnation.

I thought, “This is real. There is nothing more real.”

If this post has prompted you to want to dig deeper in your faith, don’t fail to explore the life-changing offerings of the Avila Institute for Spiritual Formation.

If you liked this article, please share it with your friends and family using the Recommend amd Social Media buttons below and via email. We value your comments and encourage you to leave your thoughts below. Thank you! – The Editors 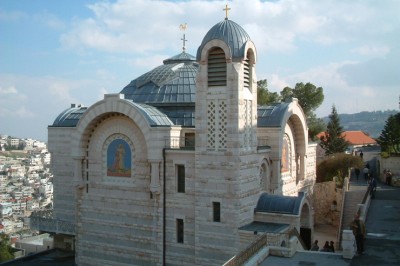 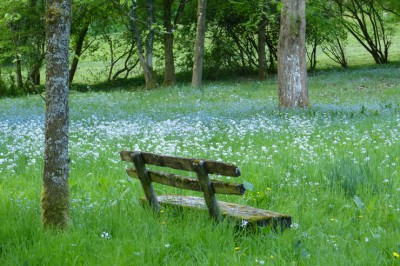 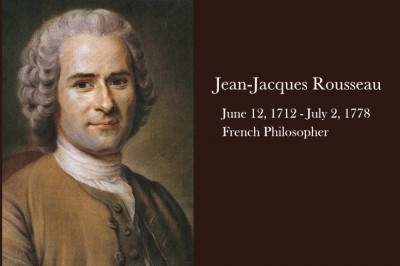