When I saw my baby—my baby—flying through the air attached to bungee cords at the county fair, I couldn’t breathe and my arms suddenly ached to hold her and keep her safe. She was so high, so far away. Sure, she’s nine, but still . . . the sight evoked an all too familiar feeling, the same one I had when she took her first step, rode her first bike, or giggled through her first sleep-over without me. Someday she’ll leave home, perhaps get married, and that same feeling will be there, the happy but sad paradox of letting her go.

I had that same feeling when I miscarried babies too, all five of them. I couldn’t breathe and my arms ached, a sadness pervaded my surface, but deep down I accepted that this is what mommies do. We learn to let go. We learn to find joy even in the pain of separation because we know separation doesn’t change the fact that we are mothers, nor does it sever a spiritual bond.

If we were nothing but matter, I wouldn’t be able to make sense of these feelings. The exhilaration of bungee cords would be a mere exercise in physics and elastics. Mothering would be nothing more than instinct. The pain of loss would be without faith, hope, and love. Believers, though, we are not just open to biological life; we are open to the resurrection of the body and life everlasting.

Our earthly life can be heavy, as heavy as the stone memorials that mark our graves. I remember when life was particularly difficult because I was alone raising six kids while my husband worked in another state for an extended period of time. He was home one weekend, but so burdened was I that I started a fight the next morning. I piled the kids in the truck, sped away, and parked in front of a foggy graveyard so I could have a good cry. Soon, however, the kids were asking questions about death, which led to a talk about the Creed. I later looked it up in Ludwig Ott’s Fundamentals of Catholic Dogma and learned that the Scholastics described the resurrected and re-modeled body of the just as free of suffering, sorrow, sickness, and death, a spiritualized nature in which the body obeys the soul with the greatest of ease and freedom of movement. We will be agile, they said, not burdened by the laws of gravity. We will be light, filled with beauty and radiance.

I realize now that the burdens of life don’t go away, but through grace we are restored, lightened, and thus better able to navigate. Grace is often in the simple things too. You know, seeing my daughter (whose name is Grace) soar on bungee cords was kind of how I think of our lost babies. I let them go, but they are bound to me still, and I hope and pray for their salvation just as I do for all my children.

I highly recommend Ludwig Ott’s Fundamentals of Catholic Dogma for parents. It is recognized as one of the best summaries of Catholic dogma. What the Church teaches, and how that teaching was developed, is given on specific topics in the Creed, along with the level of certainty from de fide (most certain) dogma to varieties of legitimately held theological opinions. It’s excellent for answering the probing questions of children. 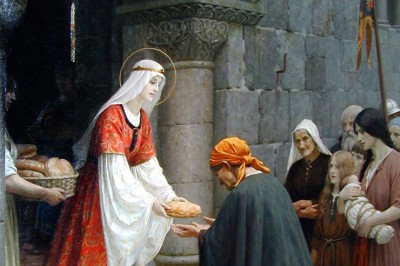 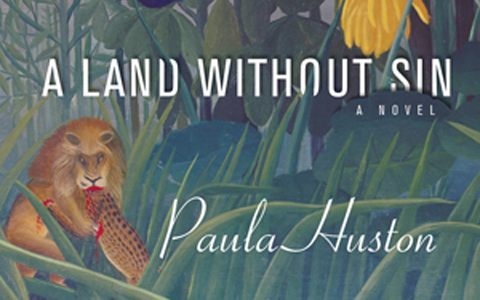 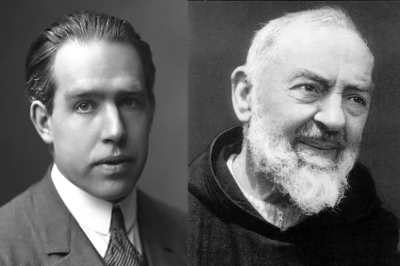