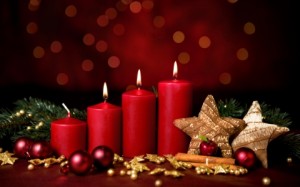 Over the last several years, we have seen a rise in spontaneous gatherings of individuals, often prompted and coordinated through social media, that appear suddenly  in a public place to perform some form of entertainment or satire, only to melt back into the crowd when done.

We call these gatherings, flash mobs. Sometimes these performances are the result of more planning and coordination. We are generally captivated and often inspired by the performance. The modern lexicon has taken to calling these “more professionally organized” gatherings, smart mobs.

Whichever name you prefer, you will not want to miss this moving, impressive Christmas performance by a flash mob consisting of members of the United States Air Force Band. More than six minutes of complex music without sheet music performed in the Air and Space Museum! Enjoy…

Deacon Mike Bickerstaff is the Editor in chief and co-founder of the The Integrated Catholic Life™. A Catholic Deacon of the Roman Rite for the Archdiocese of Atlanta, Deacon Bickerstaff is assigned to St. Peter Chanel Catholic Church where he is the Director of Adult Education and Evangelization. He is a co-founder of the successful annual Atlanta Catholic Business Conference; the Chaplain of the Atlanta Chapter of the Woodstock Theological Center’s Business Conference; and Chaplains to the St. Peter Chanel Business Association and co-founder of the Marriages Are Covenants Ministry, both of which serve as models for similar parish-based ministries.