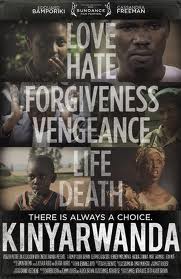 Most Americans are familiar with the Holocaust and the horrible atrocities we associate with that genocide, but few can give details about the brief, but massive, genocide that occurred in Rwanda in 1994 when over 800,000 people were murdered in just 100 days.

During the genocide, the lower-class Hutus brutally hunted down their hated enemies, the upper-class Tutsis whom they referred to as “cockroaches.” They often killed with machetes, not even sparing the women and children.

To protest the genocide, the Rwandan Muslim leader forbade any Muslim to participate in the killings. He opened the mosques as places of refuge for Tutsis, Hutus who refused to kill, Christians, Muslims and anyone else who sought shelter.

Writer and director Alrick Brown brings this deadly story to life through the eyes of survivors of the genocide in his new film Kinyarwanda. This sensitive and thought-provoking film masterfully weaves six different stories into a compelling narrative of courage, faith and forgiveness.

Kinyarwanda has received much critical acclaim and won prizes at Sundance and other independent film festivals. I had the opportunity to talk to Mr. Brown about the film and his powerful message of forgiveness.

(Peggy Bowes) What do you think Kinyarwanda says about forgiveness?

(Alrick Brown) For the Rwandan story to be fully understood, we have to realize that if this country did not adopt a policy of truth and reconciliation and have forgiveness as a part of that policy, the country itself would not have been able to move forward. We’re not trying to romanticize forgiveness. It is difficult. If we don’t have that as a part of our practice, we will end up in a cycle of vengeance and live in bitterness. We hope that when people watch this film that they’re taking away another option: forgiveness. It’s not an easy option, but it is certainly a valid and viable option.

(Peggy Bowes) I’m impressed that you not only wrote the screenplay and directed the film, but you also shot it in just 16 days. How were you able to pull that off?

(Alrick Brown) I’ve been studying my craft for a long time, and I’ve been fortunate to have pulled off a lot of short films under duress. I know how to work with actors, and I’m also an editor and writer so I could edit on set. I worked with an amazing crew. We had Rwandans who were an integral part of the process and kept us honest along the way.

(Peggy Bowes) How would you compare the Rwandan genocide with the Holocaust?

(Alrick Brown) Most genocides have the same paradigm or structure. The propaganda has to be put in place so that the population is dehumanized. You can’t take a life with such impunity without dehumanizing. You find that in Nazi Germany, in Armenian genocide, and with Native Americans. Unfortunately, with the Holocaust we weren’t aware of it at first, and when we were, a lot of people didn’t believe the horror of it. What’s interesting about the Rwandan genocide is that people were aware of what was going on but didn’t label it [as genocide]. After the Holocaust we kept saying that these things should never happen again, but we allow them to happen. If you go to the genocide museum in Rwanda, they actually honor the Holocaust. It’s one of the few genocide museums that honor other genocides.

(Peggy Bowes) I read that most of the problems between the Hutus and Tutsis were started by the Belgians by dividing them into upper and lower classes. We’re seeing a similar division in our own country today. Do you think that genocide could happen in America?

(Alrick Brown) I think that anywhere you have people who are marginalized, with insidious propaganda that puts one part of the population below another, it’s possible. The question is, what is a genocide? Is it a million people being killed over 100 days or is it one person being killed every day for 100 days? There are things happening in this country that are tragic and horrific to parts of the population because they are dehumanized, whether they are considered “terrorists” or “illegal immigrants” or [derogatory terms for African Americans, Jews and homosexuals]. Those labels allow us to put them on another level of humanity, so when something happens to them, we can look the other way or we can feel justified. The irony of Nazi Germany and Rwanda and places like that is you never notice it until it happens, but the buildup is generational and takes tons of propaganda. When most people heard about the Rwandan genocide, it was like this crazy thing that just happened out of the blue. It was the history of colonialism that preceded it that led to propaganda on both sides and led to what happened in 1994. By the way, what happened in 1994 was one of several genocides in Rwanda. It was just the biggest one and the one that we know about.

(Peggy Bowes) You talk about propaganda, and while watching the film, I was fascinated by the juxtaposition of the chanting and singing. The Hutus chanted and sang before they started a massacre, but they also chanted and sang in the camps that helped teach forgiveness.

(Alrick Brown) Absolutely. Music is an integral part of most cultures. The music was used as part of the propaganda to rile people up, but also Western and modern music was what they played on radios to get people to listen to the radios in order to spew their vitriolic hate. So there was more propaganda on public radio. That’s one way that music was used. After the genocide was over, as part of the reconciliation and re-education of the country, they started implementing songs of forgiveness, songs about reconciliation, songs about moving forward, about pride. Really, the medium didn’t change, it was the message within the medium that was altered.

(Peggy Bowes) What led you to volunteer for the Peace Corps?

(Alrick Brown) I got my degree in English and my master’s in education and didn’t have such a good time during my student teaching. I wanted to be a teacher, but I didn’t necessarily want to go into the classroom. I loved the students, but I had a bad experience. I wanted to figure out what the next phase of my life was, and I wanted an adventure, that Luke Skywalker hero’s journey. I wanted to experience the world and saw myself as Indiana Jones a little bit, but I didn’t want to go into the military. I had an affinity for French, so I wanted to go someplace to practice my French. I don’t want to say that I wanted to give back to the world, but I knew that going away would give me an opportunity to connect to the world and see what else the world had to offer me so that I could give back when I returned. It was an amazing journey when you go to other places and are humbled by other people’s lives and experiences. We often take away more than we can ever give.

(Peggy Bowes) Tell me more about Fr. Pierre and why you created that character.

(Alrick Brown) Fr. Pierre is actually based on a real person, a Tutsi priest. By the way, the terms “Tutsi” and “Hutu” are not used anymore. They all call themselves Rwandans. This priest did seek shelter in a mosque and worked with the imam. In the dramatization, I wanted to show somebody who the audience might at first think had lost his faith or wasn’t connected to it, but in the process of this horrific journey, he regains his faith, becomes more committed and realizes he has a purpose. There is kind of a negative scar on the Catholic Church because of the amount of [Rwandans] who were killed in churches, and the priests allowed it to happen. But the Catholic Church has been extremely positive and vocal about what happened and has talked about it, which is an amazing thing. I’m not a critic of religion, I’m a critic of how men choose to practice it. It’s not the word of God, it’s the actions of men. There was a history of colonialism and dehumanization that preceded the Western religions coming in, so even though these people had accepted these ideas of faith, those ideas did not overtake the traditional beliefs of some of the propaganda in place. It’s a complicated thing but hopefully in making this about people and their personal journeys, the audience can get some insight and not necessarily sit in judgment of religion but understand how these things can happen.

(Peggy Bowes) What is the message that you want audiences to take away from this film?

(Alrick Brown) I don’t believe that genocides can be prevented by statistics and numbers or even political action. What I like to do with all my work, and this film in particular, is to make one drop of blood precious, to make one life precious. I want the audience to see an African or whoever the other person is and eliminate the “other;” to see a man, to see a woman, to see a son, to see a brother, to see a friend, to see a lover, to see something of themselves in that person. It is much harder to take a life when you do those things. The other thing is forgiveness. I think that a lot of us are consumed with vengeance. We have friends and family we don’t communicate with because of something that happened years ago. Someone cuts us off in traffic, someone bumps into us in the grocery store or takes our spot in the line. We hold on to that bitterness. That bitterness destroys all of us — you and the perpetrator. Shakespeare [said something like], “The robber that is robbed and is angered is robbed twice.” There’s a certain point where we can let go. It’s not easy, but it frees us all.

Kinyarwanda will be shown at various film festivals throughout the US and will soon be available on DVD. For more information, visit the film’s website at www.kinyarwandamovie.com.  SnagFilms will also have the film available via VOD at www.snagfilms.com/kinyarwanda. 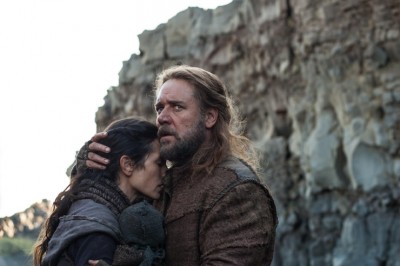