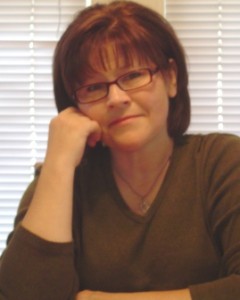 Randy and I are pleased to welcome Marge Fenelon as the newest contributing writer to The Integrated Catholic Life™. Her first article, No More “Kodak Moments“, appears today, January 13th.

Marge has been writing for a variety of both secular and Catholic publications for longer than she’d like to admit. She also spent some years as a public relations consultant. Now you’ll most often find her byline in National Catholic Register and Our Sunday Visitor. She’s a regular columnist for the Milwaukee Catholic Herald and various internet publications.

She’s a regular guest on Sacred Heart Radio’s “Sonrise Morning Show” with Brian Patrick, and has appeared a number of times on “Catholic Connections” with Teresa Tomeo. She’s  also appeared on “A Conversation with the Archbishop” with Timothy M. Dolan, Archbishop of New York, Sirius Radio’s “Busted Halo Show” with Fr. Dave Dwyer, and Relevant Radio’s “Morning Air” with Sean Herriot, among others.

Her list of book credits are quickly growing; her most recent being “Strengthening Your Family; A Catholic Approach to Holiness at Home” (Our Sunday Visitor, 2011).

She holds a B.A. in Journalism with a Public Relations Emphasis, a Certificate in Spiritual Mentoring, and a Certificate in Marian Studies. She’s a member of the Catholic Press Association, American Society of Journalists and Authors, and the Mariological Society of America.

Marge is a nationally-known speaker and has presented to audiences in New York, Ohio, Illinois, Oklahoma, Minnesota, and Wisconsin.

With her husband, Mark, she assists in the faith formation of young married couples. They’re members of the Schoenstatt Apostolic Movement and have four mostly-grown children, who, combined with a rocket of a dog named Daisy, configure the fun-loving and sometimes outrageous Fenelon Clan.

The core of her spirituality is the pedagogy of Servant of God, Father Joseph Kentenich (1885-1968), founder of the Schoenstatt Apostolic Movement.