“He came to bring us joy.” The thought bounds unbidden into my brain on this chilly February morning.

A roseate dawn glimmers above the Emory campus as I hike the hill to the library. Bare trees stand silent in the space between dusk and dawn, and all is hushed: there is no birdsong, even. Yet, there is a bubbling beneath the surface…a murmuring and anticipation that I cannot entirely account for.

This is what revelation must feel like. Not a cataclysm, but a kiss…a secret smooch upon our foreheads to remind us that we are, each of us, called to love deeply and live devoutly.

Last week the sun was shining in a cerulean sky, and in glorious January warmth I pruned the grapevines and the branches of our enormous fig tree. I cannot recall having ever done so before without girding myself in gloves and heavy coat, yet here I was in shirtsleeves, clipping tangled tendrils, in wonder at such warm and waxing days.

And the brambles reminded me of a friend I have who is snarled in a strange and distant land. Anger and indignation towards leaders of his church drove him away, and like a citizen of C.S. Lewis’ “grey town”, he shuns those with whom he disagrees, clinging to ever more murky notions about what it means to be a “real Catholic”. I’ve seen similar strangeness in friends and family who have fled over the years to increasingly infinitesimal faith communities, or who ultimately hem themselves in to a personal “spiritual” community of one, with no reference to anyone other than themselves, nor to anything other than their personal peeves and preferences.

This is truly hell. This is Mordor: a luxurious Mordor that is paved with our own prejudices, one that has been papered over in pretty pictures all our own, but Mordor nonetheless.

G.K. Chesterton speaks eloquently about the methodology of such madness in his book “Orthodoxy”. Therein he describes an inmate of an asylum who seems rational, but whose obsessions describe a Lilliputian loop from which he cannot escape. Such is, I fear, the landscape inhabited by my friend, who seems convinced that the “real church” is known only to an elect few, and that anyone who does not believe as he does is a member, instead, of a “church of darkness”.

But even those of us who are not lost in a spiritual “grey town” can mire in our own impish ideologies. We grind through days, listening only to those who agree with us, anticipating only the next weekend or the next shopping spree. We trudge and trample dim-lit paths past those we meet in streets and hallways, our myopic gaze downward cast…going ‘round and ‘round again in a niggardly orbit of our own making.

But every now and then we are sent some small scent…some fresh fragrance wafting in from the wider world without, and we are, as C.S. Lewis would say, “surprised by joy.” The timeless tramping within our personal prison cell is interrupted, and we shake sleep from eyes, wondering whatever came over us. How could we ever forget the enchantment of this earth and the monumental mirth of its Creator?

Regarding the Maniac, Chesterton tells us that the secret realization that can rout us out of our seemingly rational ruts is that none of our pet peeves is really as important as we assume. If we could simply see our own smallness in the enormity, glory, and wonder of God’s world, ironically, we could break out of this “tiny and tawdry theatre” in which our own little plot is always being played, and we would find ourselves under a freer sky. We could look up, as Sam Gamgee did, and descry the stars shining brightly above the fumes of our own meager Mordor, and realize that there is goodness, and hope, and beauty outside of our own orbit, even if we sometimes forget it.

We are all of us pruners of the world around us. But, we are also the vines that God must shear, lest the wild growth of our own ego swells and entangles our lives, blotting out the sun. “He came to bring us joy,” and the joy that He brings us is the joy of the musical instrument being well played, the joy of the brush in the hands of the Master, the joy of the poem being chanted aloud in dulcet tones.

Embrace that joy! Embrace the hand that prunes you and calls you away from yourself! Shake off the heavy weight of your own habits and hauntings, and breathe in the morning air! For the One that made you is also the one who can unlock all prison doors…and finally set you free! 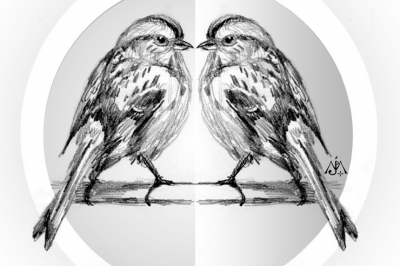 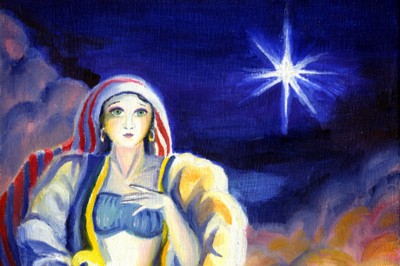