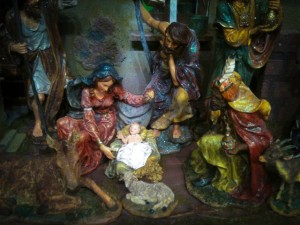 Among the many means bishops have to form their people, one of the greatest teaching tools is the pastoral letter, in which the leader of a local church focuses the attention of the faithful, religious and clergy of his diocese on a subject he believes is important for living out the Church’s mission in the particular part of the vineyard the Lord has asked them to harvest.

Over the past few years, individual U.S. bishops have written pastoral letters on evangelization, the renewal of the Church, living the Eucharistic mystery, the family, child protection, frequent confession, religious freedom, the sanctity and protection of human life, health care, youth ministry, the priesthood and priestly vocations, child and adult catechesis, the scourge of pornography, morality and conscience, the civic responsibilities of Catholic politicians and voters, the evil of racism, the truth of the Catholic faith in an age of relativism and dissent, in-vitro fertilization, the evil of contraception, and even the safety of miners.

Very few bishops are by personality or background prodigious authors. When they write, it’s normally after a great deal of deliberation, study and prayer. The topics they choose, in addition to being important to Catholics in their dioceses, are generally those that they believe need to be spotlighted, either because of confusion or inadequate emphasis elsewhere.

This is what makes the subject of the first pastoral letter of the Bishop John Wester of Salt Lake City all the more noteworthy. Bishop Wester has been the leader of Utah Catholics now for almost four years, a bishop for 12 and a priest for 34.  Over the course of his priesthood, like many other Catholics, he has been noticing a worrisome and gradually worsening trend in society and in the Church: the loss of a sense of the Advent season and the resulting loss of the genuine Christmas season. For this reason, on November 24, he penned a pastoral letter entitled “Waiting in Joyful Hope!”on the importance of the Advent Season.

“Few would disagree,” Bishop Wester began his pastoral, “that we live in a busy and rushed society. We rush from one thing to the next; in the end, many of us are restless and tired, yearning for stability and peace in our community and family. You may have noticed that in our hurried society many stores have already decorated for Christmas, radio stations are sneaking in a Christmas song here and there, and even some of our own parishes have begun preparing for Christmas parties for early December. … What is the rush? Are we really so eager to get all the decorations up, celebrate the event, and quickly dismantle all the decorations so we can move on to the next event?”

The Church’s response to this hurried and harried culture is supposed to be “to slow down, to be patient, and to wait.” Advent, he says, is a “season of preparation,” but it has “come to be neglected in many places,” including within Catholic families, parishes and schools. The consequence of that neglect, he says, is not only do we lose the meaning of Advent, which is supposed to be a “season of joyful hope,” but we also lose the ability joyfully to celebrate Christmas.

“Too often,” he wrote, “the season of Advent is overshadowed by the ‘holiday season’ as we move too quickly into celebrating Christmas. By the time that the actual solemnity of Christmas arrives, many of us are burned out. We are already tired of all the ‘Christmas hype.’ Christmas has become anticlimactic.”

Catholics, he said, “must celebrate Advent differently” not only so that we can mark Christmas with the joy it deserves but also so that the other purposes of Advent are not neglected or lost altogether. “This season is not just about preparing for the birth of Christ at Christmas, but for the Christ who is continually being born in our midst and transforming the Church ever more into his body in the world.” It’s in Advent that we’re called to ask ourselves, “Is our hope really in Christ? Have we really allowed ourselves to wait in silence and ponder the great mystery of salvation? Have we been changed by our reflection on this mystery so that we live differently as our relationship with the risen Christ deepens?” He stressed that Advent is a time of “darkness” in which “we watch for the coming Lord. We must not let our busyness distract us from that, lest we be caught unawares like the foolish virgins in Matthew’s Gospel (Mt 25:1-13). The season calls us to be attentive to our preparations for the final day and attentive to the quality of our life in union with Christ.”

He appealed to Catholics “to remain faithful to the celebration of the four weeks of Advent,” warning that it is “so easy to be consumed by the hype of the ‘holiday season:’ to decorate our churches and houses for Christmas, to spend more time shopping than in prayer, and to host Christmas parties before the season has arrived.” He admitted that, for that reason, “it is an enormous challenge to remain faithful to the Advent season when we are surrounded by a society that, while claiming to be Christian, does not take the time to reflect and prepare as the church calls us to do.” But he called them nonetheless to rise up to that challenge.

He added that not only do individual Catholics need to give a witness to the true meaning of the Advent and Christmas seasons, but Catholic institutions do as well. “Our reckoning of time,” he says, “is itself a sacramental witness to the fullness of the paschal mystery. If we were to skip the Advent season or any other season, we would impoverish that witness.” He called on Catholics and Catholic schools, parishes and households “to strive to enter into the spirit of the season” of Advent, and “celebrate the four weeks of Advent with rich prayer,” noting that in order to pass on the genuine Catholic faith to the young “we must practice and model what we preach.”

He then got very practical in terms of what entering into the spirit of Advent for four weeks would entail — with suggestions that clearly would require a conversion on the part of some. “Schools should not decorate for Christmas, but can decorate with simple wreaths and greenery. They might celebrate ‘Gaudete parties’ before departing for Christmas break. I encourage each home to display and bless an Advent wreath where the family can gather for prayer either in the morning, at dinner, or some other practical time. I urge you to hold-off on displaying a decorated Christmas tree until the season of Christmas begins. You may want to incorporate a Jesse Tree in your family’s observance of the season. As the season draws to its close, I also invite you to discover the beauty of the O Antiphons, which are sung as part of evening prayer from December 17th to 23rd, and are most familiar to most of us in the hymn ‘O Come, O Come, Emmanuel.’”

Then he gave concrete recommendations for Christmastide: “Once Christmas comes, the season stretches far beyond the 25th of December. It continues until the celebration of the Baptism of the Lord. … We should leave the decorations that are testimonies to our joy up for the entire season. There is plenty of time for us to celebrate our joy at Christ’s birth and we should make the most of it. You might consider having a Christmas gathering in the parish, or at home with family and friends during this time.”

He said that our living entire Advent season as a season of joyful preparation before celebrating Christ’s birth and the meaning of the incarnation all the days of Christmas would not only “renew us” but also “be an example of patience, silence, and joy to our hurried and anxious society.”

That good Christian example is something that individual Catholics, Catholic parishes and schools in our Diocese ought to offer to the hurried and anxious world that surrounds us as well.