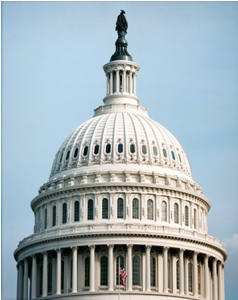 Several state bishops conferences, including the four Massachusetts bishops who comprise the Massachusetts Catholic Conference, have published letters or guides to the Catholic faithful about tomorrow’s elections. Following upon the 2007 document of the U.S. Bishops as a whole, “Forming Consciences for Faithful Citizenship,” they have all sought to form the consciences of Catholics so that they may vote morally in accordance with the truths that God has revealed.

There is always a need for conscience formation not only because mistaken notions of what the conscience is are ubiquitous—many confuse it with feelings of guilt or pleasure or with their opinions about the way things ought to be — but also because relativism has led many to believe that there are no moral absolutes and the contemporary misunderstanding of freedom with respect to God’s law has led to widespread erroneous judgments of conscience. Especially in the area of politics, Catholic voters and elected officials are often no longer hearing God’s voice whispering within as an imperative but rather are hearing their own preferences and giving them godlike status. For these reasons, the bishops have published these statements giving the faithful the relevant principles of the moral law to apply to the particular circumstances in each election to make a judgment about whom God is calling them to support.

While the statements of the bishops’ conferences all mention on the formation of the conscience in general, a Catholic’s moral duty to vote, and the various aspects of the moral law that the conscientious Catholic voter will consider, the unspoken, chief aim of all these declarations is to help Catholics discern their moral responsibilities with regard to intrinsically evil actions — especially abortion — and the candidates who support them.

The Massachusetts bishops wrote, “Deciding which candidate in any particular race offers the best opportunity to take us in the right direction is not an easy task.  Yet there is a measuring rod by which all electoral choices must be evaluated:  Will my vote enhance human dignity? Certain moral and social issues are fundamentally important, since human rights are at stake and must be protected to help democracy to flourish in a way that benefits every citizen.  These include the defense of the sanctity of life, the family based on marriage between a man and a woman, religious freedom, and the well-being of the poor.  As shifts in societal challenges are inevitable, it is also vital to determine from election to election which human rights face the greatest threat at the time of voting.”

Bishops in Michigan, Minnesota and New York all emphasized that the willful destruction of innocent human life is the greatest threat to human dignity. The bishops of the Empire State stressed, “We Catholics are called to look at politics as we are called to look at everything – through the lens of our faith.… The inalienable right to life of every innocent human person outweighs other concerns where Catholics may use prudential judgment, such as how best to meet the needs of the poor or to increase access to health care for all. The right to life is the right through which all others flow. To the extent candidates reject this fundamental right by supporting an objective evil, such as legal abortion, euthanasia or embryonic stem cell research, Catholics should consider them less acceptable for public office.”

The bishops of Kansas asked whether all public policy issues should be equally important to Catholics. “No,” the responded emphatically. “While most political issues have a moral dimension, there are a select number of issues currently being debated that directly involve matters of intrinsic moral evil: abortion, embryonic stem cell research, euthanasia, assisted suicide, and same-sex marriage. The unique gravity of these issues does not diminish the importance of other concerns, but it does require that Catholics give them precedence. As Cardinal Ratzinger explained before he became Pope Benedict XVI: ‘Not all moral issues have the same moral weight as abortion and euthanasia…There may be a legitimate diversity of opinion even among Catholics about waging war and applying the death penalty, but not however with regard to abortion and euthanasia.’”

That citation from Cardinal Ratzinger points to the source that gives the clearest formation to Catholic consciences. In 2004, the U.S. Bishops asked the future Pope Benedict for advice on the question of whether Catholics in good conscience can vote for those who support intrinsically evil actions like abortion and whether, if they do, they are still worthy to receive Holy Communion. He responded with his typical clarity. “A Catholic would be guilty of formal cooperation in evil, and so unworthy to present himself for Holy Communion if he were to deliberately vote for a candidate precisely because of the candidate’s permissive stand on abortion and/or euthanasia,” he wrote in a letter to the bishops. Formal cooperation means to share the bad will or intention of the other committing the sin; in this case, it would mean that one agrees with the candidate’s support of abortion. This would be seriously sinful and would make one unworthy to receive Holy Communion.

Then Cardinal Ratzinger continued, “When a Catholic does not share a candidate’s stand in favor of abortion and/or euthanasia, but votes for that candidate for other reasons, it is considered remote material cooperation, which can be permitted in the presence of proportionate reasons.” Cardinal Ratzinger didn’t specify what could be “proportionate” to the sin of abortion, but in the case of an election between two otherwise eligible candidates, one who supports abortion and one who opposes it — like is occurring in several of the Congressional elections in the Commonwealth on Tuesday — a faithful Catholic who wants to support the former would have to have, not just any reasons, but reasons that would morally outweigh the evil done by the candidate’s advancing of the cause of the destruction of innocent human life.  It would be hard to imagine that sharing a candidate’s party affiliation, or economic ideas, or even philosophical approach to bigger or smaller government would suffice to prevent an evil greater than the evil of abortion the candidate is advancing.

Archbishop Chaput of Denver said that “proportionate reasons” would have to be those sufficient to justify one’s action before an aborted child or Christ in the next life. We could also think of another image. The reasons would be have to be so grave as to persuade an African-American or a Jew to vote for the same candidate in the same election if he were, respectively, also firmly racist or anti-Semitic. Catholics need to be at least as much against abortion in their practical political decisions as African Americans are against racism and Jews against anti-Semitism. This does not mean that Catholics are morally required to be “one issue voters,” but highlights the fact that for conscientious Catholics, abortion can never remain “one issue among others,” just like racism is never merely an issue for African Americans or anti-semitism is never just a policy position for Jews.

How we vote is sign of what we value most. When we pull the curtain of the ballot box behind us, it is similar to closing in back of us the curtain of the confessional: we stand hidden before God and confess who we are and what we prioritize. Sometimes our choice may seem to be between apples and oranges, between two good candidates who vary simply on prudential implementation of sound principles. At other times, especially in contemporary circumstances when some candidates proudly support intrinsic evils, the choice can be one basically between Christ and Barabbas. Whom we judge in conscience to support and why are moral decisions that express and form our character, and for which one day we, too, will be voted upon by God.