Defending Reason is Defending the Church 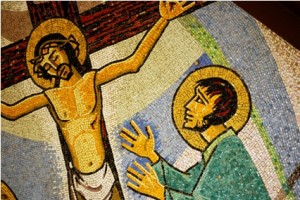 “Man is a rational animal,” which is to say that he is a reasoning being.  When he argues irrationally, he may come in for sharp criticism.  But he may find himself the target of even sharper criticism when he argues rationally.

Being a bit irrational may be praised as creative, high-spirited, bold, and adventuresome.  Remaining within the strict confines of reason is often viewed as dull, timid, unimaginative, and boring.

If I may be permitted to offer a personal confession, allow me to say that in all my years (I hesitate to say “decades”) of teaching and writing, I have tried to defend the Church by defending the reasonableness of Her positions.  Reasonable as this approach may seem, it is fraught with danger.  I am all too often pilloried for being too narrow.

If I defend the Church’s teaching on the reasonableness of marriage as indissoluble, I am cold-hearted for not affirming divorce.  When I allude to Her reasonableness in rejecting certain forms of reproductive technologies because they compromise the integrity of the marriage act, I am accused of denying that the resulting child is a gift from God.  In trying to set forth the Church’s reasons for opposing intercourse prior to marriage, I am puritanical and unfeeling.  If I oppose the sin, I am convicted of condemning the sinner.  And I am surely lacking in compassion when I outline the Church’s reasons for rejecting abortion.

In one sense, it is certainly true that the world of unreason is broader and more spacious than that of reason, just as the number of erroneous answers to a question far exceeds that of the single correct one.  There is but one key that unlocks the door, while an infinity of other keys do not.  If we are looking for possibilities, they are legion;  if we are looking for truth, it is something singular.

It is at this point that I turn once again to the wisdom of G. K. Chesterton for support, consolation, and encouragement.  Reason is a human activity that guides us in the direction of truth.  Therefore, like thinking, as Chesterton reminds us, it is a “narrowing activity,” like trying to find the right key among the hundred that are dangling from the key ring.

Concerning his entrance into the Catholic Church, Chesterton said that it was coming into the land of liberty and especially intellectual liberty.  “Conversion,” he averred, “calls on a man to stretch his mind, as a man awakening from sleep may stretch his arms and legs.”

Here is the great paradox:  it is through our willingness to accept less that our life becomes more bountiful.  We do not need to proliferate the number of keys on our key ring.  If we do nothing more than that, we remain on the wrong side of the door.  We need to find the one key that allows us to gain access to the land of plenty.  We should not be concerned with expanding reason so that it erases the border that once separated it from unreason.  It is pointless to multiply without end the number of vehicles we need to make our journey.  It is where we are going that counts.  As Chesterton reminds us, “There are indeed a certain number of people who like to hang about at the gate and never get any further.”  Are they not interested, we may ask, in entering any of God’s mansions?

Secularists pride themselves these days in “erasing boundaries” and providing entertainment “without borders”.  They fancy that such latitude makes them liberal.  But they are merely spinning their wheels and remain at the gateway.  The Church, however, is infinitely wiser than this.  Reason may seem small and limited, but it can lead to treasures that are unmeasurable.

The Church will continue to stand by reason.  Aquinas spoke of reason as providing the “preambles” to faith.  The word “pre-amble” refers to “walking” (or “ambulating”).  Reason’s great glory is where it takes us, not in its own solitary activity.

The Catholic Church also stands by reason because it rejects “rationalism”.  Reason prepares the way to faith, joy, and a more complete life.  Rationalism is sterile because it teaches that reason is everything.  So, I will continues to use reason to defend Church teaching, fully expecting to be misunderstood (and perhaps, upon occasion, actually understood) and even regarded as professing that inhuman philosophy of rationalism.