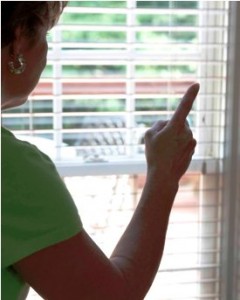 There’s a bit of a theological disagreement when it comes to heaven.  Some believe we will understand all of life’s mysteries and have all our questions answered there. Others expect we will be basking in the glory of the Almighty which will satisfy all desires. Curiosity will simply not exist.

My guess is the latter theory is most likely, but to be honest, my little, imperfect self is hoping for the first one.  I do not have to know everything just: who killed John F. Kennedy, is there life on other planets, where do all the missing socks go, and finally, how did the saints who were mothers handle the teenage years? If I can have only one question answered, I will pick the last one.

The mothers who became saints prayed their heads off (sometimes quite literally among persecuted Christians) and provided examples of virtue and holiness, but I’ve never read anywhere how these mother’s handled wet towels on the bedroom floor or dirty socks stuffed under sofas.  I know many saints accepted humiliation and abuse of every sort from others, ranging from public officials to husbands and in-laws. For the most part, they actually seemed to enjoy it because of all the graces and sacrifice it encompassed. But humiliation and abuse is not something a mother can accept from her children.  It would not be in their best interest.

I do not know specific examples of teen rearing, however, that I can apply to my own life.  If the saint’s child told her, “well, duh, mom,” in a disrespectful sort of way, what would the saint do?  Or if the child had some loud irritating music on and the saint told him to turn it off, and instead of falling all over himself to do it,  the child responded in a way unbecoming of the fourth commandment, what would the saint do?

I am sure the saints’ kids were not all little saints themselves.   So when I get to heaven, I want to look into the lives of these saints and see just how they handled teens.  What I suspect I may find, are a whole crowd of mothers who credit survival of the teen years as being just exactly what sent them straight to heaven.