When my grandfather died in May of 2008, the possessions that meant the most to his adult children – almost all of them grandparents themselves – were things like the embroidered tablecloth filled with family member’s names or the crucifix that hung above his bed.  His wife, my beloved grandmother, preceded him in death by ten years and yet at the time of his death, she was as alive in our hearts as if she had just passed.  My grandfather cherished my grandmother and called her “Duchess.” My Polish grandparents, in all their hard work and diligence, never attained a financial status that would have been considered prosperous. 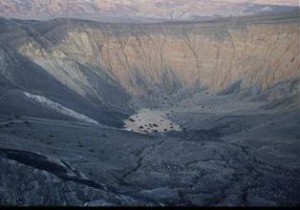 My husband also grew up in such a family.  His own mother was one of fourteen children and my husband is one of seven.  Everybody had large families “back in the day.”  Large families weren’t something planned as much as expected. People didn’t ogle these oddities because they weren’t odd at all.  Husband and wife did not sit down, for the most part, and determine how many kids would be “just right.”  It never would have occurred to Catholics such as my grandfather that something was wrong with three or four children sharing a bedroom.  Didn’t this sort of existence teach, much better than one could imagine, the value of sharing goods and getting along?

The number of children born into a family was left primarily to God – a concept that seems to boggle the minds of many today. Some children may have died, some may have had lifelong health problems, some may not have a college education, and others may have grown into adults who were able to contribute to society; but each, without a doubt, was considered a gift from God and had a reason to live.

All Catholics, at one time, took the words in Genesis 1:28 quite seriously, “Be fruitful and multiply.”  And they followed other Church teachings, as well.  My husband talks of a time where the line to confession circled all the way around the Church.  As a grown man, my husband laughingly admits to selecting the line to Father Joe, who was known for his expediency in the confessional. My husband has often said that if your friends weren’t in the confessional line on Saturday, you knew they wouldn’t be standing in the Communion line on Sunday.  It just didn’t happen.

But things changed rather quickly once birth control and feminism took center stage. Traditional families quickly came under attack as women were encouraged to seek jobs, earn paychecks and become “equal.”  Sexual freedom wasn’t just a right but a duty.  Throwing rocks at the glass ceiling wasn’t optional, it was an obligation.  Bumper stickers screamed things like “A woman’s place is in the house…and in the senate.”

Along with the rampant new feminism making its way into our lives was a “theory” gaining great popularity.  I remember it well as it left me fearing for my own future.  I learned it in school. We were told that the best thing for the country was for families to limit their children to two.  It wasn’t just the best thing to do; it was the “American” thing to do.   The population explosion just couldn’t continue, we were told, without major deleterious effects.  We were taught this as “Zero Population Growth” and knew we had better take it seriously if we at all cared about having food and shelter when we were grown.

Those who were schooled in the Malthusian principle that the population growth could not be sustained because food could not be grown at the same rate, are now in many of the most influential positions in the land.  We see an adherence to this terribly erroneous philosophy in the zeal with which current lawmakers promote sex education, birth control, and abortion as rights of teen girls.  In their minds and hearts, I am sure each of these leaders believes that what he or she is doing or preaching is right for our country and right for our world.  And that’s what makes it dangerous.

It isn’t that the supporters of such thinking, as put forth by T.R. Malthus at the very end of the eighteenth century, are open to opinions that are contrary to their own; but, rather, they believe that only their thinking is correct.  Now, of course, these same people would say the identical thing of someone like me, who believes that when God said, “Be fruitful and multiply” He knew what He was commanding and wasn’t putting us on a path of self-destruction.  Yes, they would say that I, too, am stubborn in my beliefs and am intent on pushing them onto others. I agree and see a real dilemma – persecution? – facing those of us who hold steadfast to the teaching in Scripture.

Sadly, Catholics have become the one group where prejudices against are perfectly acceptable – and even encouraged.

The Catholic Church contributed greatly to the development of civilization; but, still, there is little or no recognition for these contributions.  Whether we’re talking about the water system developed by the Monks in the earliest years of Christianity or the ways in which the Catholic Church’s development of the universities has promoted higher education, Catholic contributions are largely ignored throughout our country.  Catholic priests were at the forefront of a great many fields including mathematics, astronomy, and economics and yet remain anonymous in textbooks.

The Church, always interested in keeping the faith of Jesus Christ until His return, has done its very best to do just that while providing a way for the God-given gifts and talents of its flock to bear fruit.  To portray the Church and the sciences as incompatible and the Church as uninformed or ignorant, is just plain, well, uninformed and ignorant.

The original teaching of social justice and the inherent value of the human being – think “We hold these truths to be self-evident” – is Catholic to its very core. To now exploit those truths in a way that does not support the values of the original families who gave greatly of themselves in the building of this nation is neither right nor honest nor sound thinking. How ironic that people such as my own grandfather, who worked two and three jobs to support the family that God gave him, would have been advised that such a life was not a good one.  Each of those children has since become a productive, patriotic citizen – valuable to his or own family and to their communities – even though they lacked the extraneous “things” of life.  Let’s face it; population control most radically changed the face of the American Catholic family and not for the better.

It is only now, with the morphed Malthusian mentality in its full fruition that the horrendous errors of this worldview are evident.  We currently have smaller families, much smaller in fact, than just one or two generations ago.  We have abortions at a nauseating forty-two million per year, worldwide.  Isn’t all this supposed to translate into less drain on our resources and more quality of life?  And yet our own country is in its most dire condition ever and the rest of the world doesn’t seem to be in much better shape.

How is that possible?  Could it be that the consumers and providers who were meant to be born were aborted or never conceived?  Could it be possible that there was a baby meant to be born whose illness was to inspire someone to become a doctor and find a cure?  Did the people who would love the land and nurture it end up as discarded fetuses in garbage cans because the parents were convinced they couldn’t give the child, once grown, enough “things” that mattered?

How do we get back to the thinking of my grandparent’s generation where each child was a gift from God and that every human life had value and was worth bringing into the world?

For some the answer is a top-down approach and for others it is bottom-up.

Top-down enthusiasts are those who wait upon Cardinals, Bishops, Priest, and Archbishops to publicly demonstrate the consequences of being a Catholic not in good standing with Church teachings – Catholics often called “Cafeteria Catholics” because they pick and choose teachings that suit their own consciences, whether properly formed or not. There are a growing number of Catholics in this group who are becoming quite vocal and would like to see Communion withheld from such dissenters, most especially those in public offices who are leading the flock astray.  Top-down supporters would like more consistent statements on Church teachings to be disseminated from across the world and not just the handful of ones who were heard from prior to the 2008 US presidential election.  People in this group tend to be more willing to recognize that the Church must be guided by a hierarchy which, itself, has a tremendous responsibility to the flock. The buck stops there, so to speak.

Bottom-up enthusiasts are willing to take matters in their own hands.  Catholics who fall into this group tend to be more diligent about their own faith formation and pursue it outside of the Church, if necessary.  Bottom-up supporters bring great enthusiasm to the Church but often are more apt to be affected by the secularization of the faith.

Ideally, of course, the answer lies somewhere in between the top-down and bottom-up approach to our Catholic faith.  While we are all capable of thinking and forming opinions, it is important that the Church’s Magisterium is a mainstay in that process.  So while we may study theories on population control and resource depletion, we should balance this with the Truth found in our faith. So, for this example, we are always brought back to God’s command in Genesis to be fruitful and multiply. The conclusion we would most likely arrive at, with rightly formed consciences, is that while we are called to be fruitful and multiply, we are also called to be good stewards of the earth. One isn’t exclusive of the other but complementary.  Those children brought forth through the command to be fruitful and multiply will be the “good stewards” when we raise them in the Catholic faith.

We should also pursue writings that shed light on the anointed history of Catholics and their contributions to humanity.  As Catholics, we have a rich heritage that is something to defend and share – but that can only happen when we are aware of it through our own diligence.  And, of course, we always should be spending time in Scripture and reading the Catechism and the many papal documents that are part and parcel of who we are as Catholics.

Just as in a meager generation or two, an entire way of thinking was changed and gravely affected the size of Catholic families; so, to, can our return to the understanding of God’s words to be fruitful and multiply reap great rewards for our future Catholic generations.  We must bring ourselves back in line and honestly recognize if our consciences have been poorly formed or lacking in catechesis – which can only happen if and when we subject ourselves to the authority of the Church.  Then, with rightly formed consciences, we catechize our children and our grandchildren in the teachings of the one, holy, Catholic, and apostolic faith instituted by Jesus Christ. 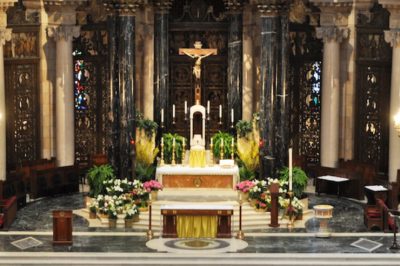 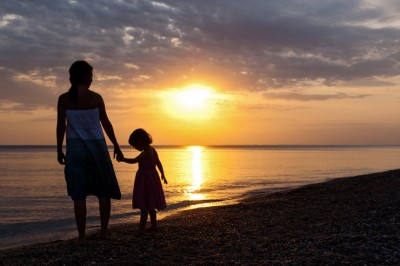